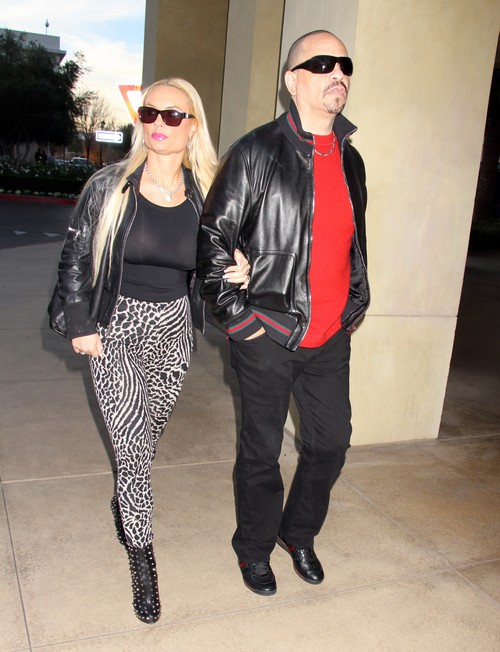 A spy reported to Star Magazine, print edition January 7, 2013, “Coco has been begging Ice to make a sex video with her. She thinks it’d be a hit and bring in a huge paycheck.” But Ice-T is classier than that, and thinks the idea is “dirty and classless.” In fact, her desperate begging has led him to rethink their entire relationship! “Ice is rethinking their whole marriage. He doesn’t know if he can trust her—he’s very confused and hurt.”

We previously reported that Ice was ready for a divorce after photos of Coco and rapper AP.9 surfaced. The pictures show the pair kissing, and prompted Ice-T to tweet, “Don’t get it twisted. I’m not happy about this sh*t. Most of [the photos] are disrespectful and in bad taste. She’s made me look and fee like sh*t. I say this on Twitter because there’s now ay to avoid the obvious misconduct of a married couple.” We think he kept it pretty classy, considering his wife is cheating on him! And kudos for calling a spade a spade—so few celebrities are willing to tell the truth!

I think this means it’s the end. It’s one thing to cheat (especially with an arch enemy), to have the photos leak, to deny it on Twitter—but it’s a whole different problem when you think the key to a successful marriage is a sex tape! Sure, it may pay the bills for a month, but the ship is still going to sink! Do you think Ice-T will divorce Coco? Should we expect a special Ice T Hates Coco: Divorce Edition on TV in the next few months?

Coco And Ice-T Are Attempting To Get Pregnant