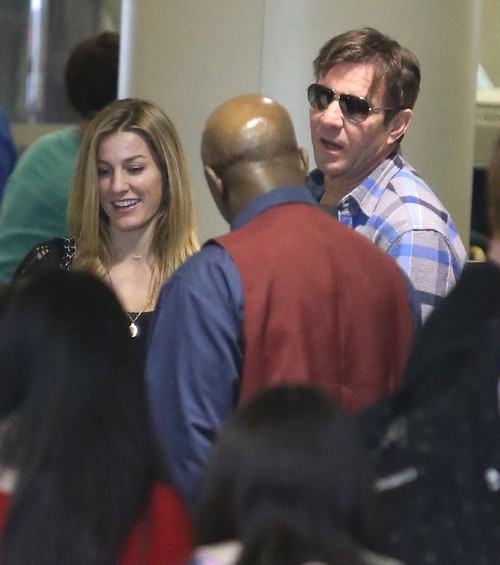 ‘Vegas’ actor Dennis Quaid  was spotted at LAX with mystery women.  The two were departing on a flight at LAX airport in Los Angeles, California on December 28, 2012.

Dennis and the mystery woman tried to separate while at the airport to avoid being photographed together but met back up at security and they were caught on film.

It looks like Dennis has a new girlfriend. Denis filed for divorce from his current wife Kimberly Buffington-Quaid in late November.  Dennis was seeking joint legal and physical custody of the couple’s 5-year-old twins, Thomas and Zoe, and offered to pay spousal support to his wife of eight years.

Denis has been married three times and has three children.