Khloe Kardashian Wants To Return To The X Factor, But Not Without A Pay Rise 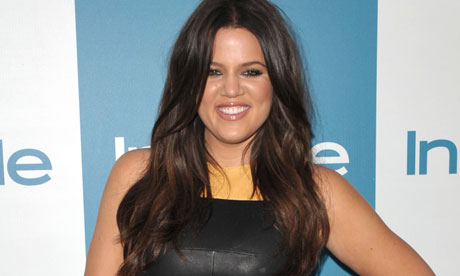 Khloe Kardashian says she would want to return to the X Factor’s third season next year alongside Mario Lopez, but it’s also looking like the reality star would want a pay rise. Though the show only averaged at 10 million viewers each week, Khloe and Demi Lovato helped the competition reach a younger demographic – one of the main reasons Simon hired the two.

So, in Khloe’s head, she’d probably be thinking that Simon is definitely going to want her back for next year’s series, which would be a good chance for her to demand a pay rise from the mogul. We can already imagine Khloe talking to her mom, Kris Jenner, about the business deal to perhaps even ask for the double the amount which is currently getting (which is rumored to be around 1-2million).

Kardashian told MTV News: “I would love to come back,” she declared. “To do something on this magnitude, I’m so honored and blessed and I just love that I’ve been able to grow through this whole experience. So I’ve had a phenomenal time.”

She’s a terrible host to start off with. She’s very cheesy, sits on Simon’s lap to try and be funny and entertain viewers when all she’s really doing is making herself look stupid. The dresses she wears make her look extremely fat and she smiles like a gorilla. Should she make a return, we’re tuning out!