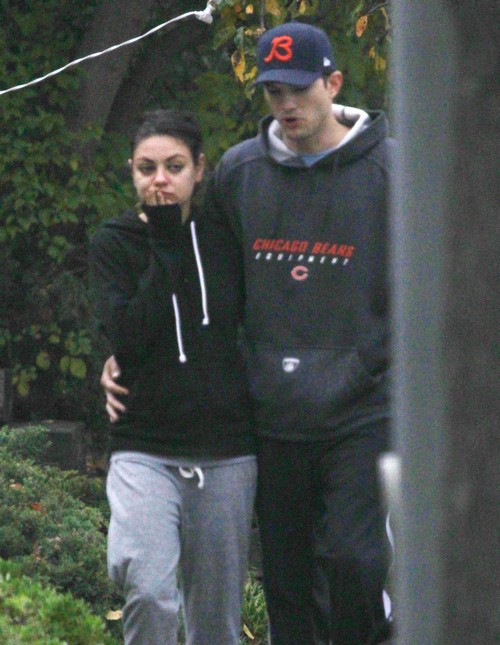 Mila Kunis threatened to dump Ashton Kutcher if he did not divorce Demi Moore stat!

Mila was fed up being patient with Ashton Kutcher – she wanted Ashton to divorce ex-wife Demi Moore stat.  Mila was so fed up she made it 100% clear to her man,  he either dump Demi or he was gonna get dumped.  “Mila was sick and tired of Ashton dragging his heels.  She finally told him if he didn’t divorce Demi she’d kick him to the curb.”

Regardless of Mila’s threat Ashton still waited until Demi was out of the country before doing the deed.  According to National Enquirer when he filed he did not ask for anything. “Basically, he’s open to giving her something just to get rid of her.”

Ashton is, of course worried about Demi’s fragile state of mind.  When they split last November she lost a great deal of weight and ended up in rehab to deal with her issues.  Ashton did not want him filing for divorce to push her over the ledge.  As it is, Demi is said to have been shocked when Ashton filed.  She was hoping they could settle their financial negotiations before either of them filed.

How long do you think it will take once the divorce is final for Ashton and Mila to walk down the aisle?  Hit the comments and let us know your thoughts!