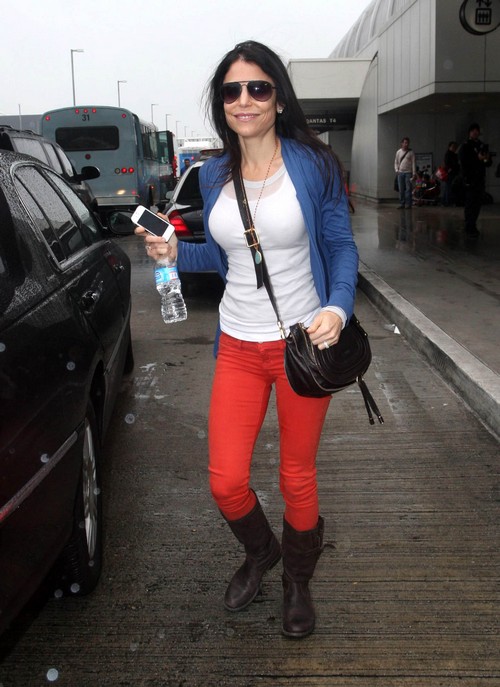 It took Bethenny Frankel and Jason Hoppy the better part of an entire year to admit what we already knew, they were headed for a split, but it’s taking her no time at all to completely pull the plug. Rumors first surfaced that there was trouble brewing early last spring for this somewhat unlikely couple. I say unlikely because they were always truly a case of opposites attracting. Bethenny is extremely shrewd and driven, totally wrapped up in being her own brand and making a mind. Jason, on the other hand, is much more laid back and easy going. He is much more balanced in life and for awhile that really helped his wife to relax, just a little.

But it was doomed to fail the minute Bethenny stopped being relaxed by Jason and started thinking that he was lazy. There was no way that these two were going to make this mess work for the long haul and even though they stayed quiet, the miserable photos in the press spoke volumes. Finally a week or so ago they announced that they’ve separated and Bethenny has wasted no time in taking the next step. At Andy Cohen’s Christmas party a sloppy drunk Bethenny was on a mission according to an onlooker,

“Bethenny seemed a bit drunk and made a beeline for Katie Holmes and abruptly asked her, ‘I need a good divorce lawyer, can I have yours?’”

Katie offered up the magic name and made a polite exit. It’s not too surprising that once Bethenny split she would completely rip off the band-aid and end her marriage as fast as possible. She’s cut and dry in business and at this point I’m sure part of her sees this marriage as a bad business arrangement.

Are you surprised that a divorce is imminent? Tell us your thoughts in the comments below!