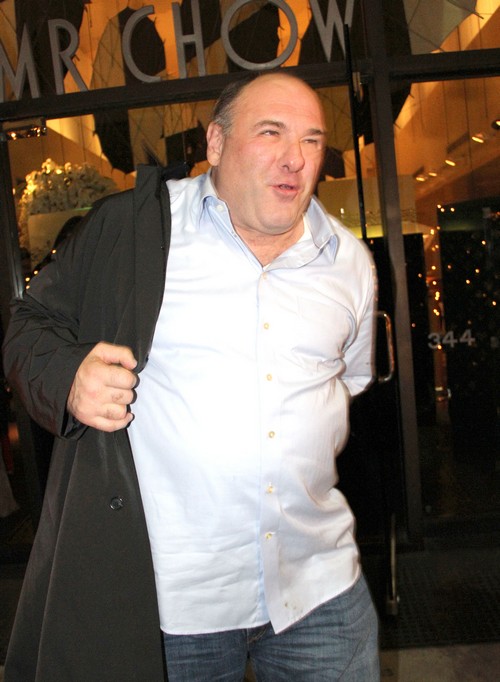 James Gandolfini needs to get on the Weight Watchers plan with Jessica Simpsons.  James was enjoying dinner at Mr. Chow’s last night.   It looks like James has enjoyed one too many dinners since leaving his role as mob boss Tony Soprano on The Sopranos.

James is almost unrecognizable with all the weight he has packed on.  When James Gandolfini was playing Tony Soprano he said he had to stay fat because all mob bosses were fat.  He said, “I should exercise, but I’m too old for that s**t.  People don’t take to skinny mafia men, and I don’t feel right when I’m thin.”

Wonder what his excuse is now?  Perhaps he can call Jessica Simpson and she can get him on the Weight Watchers plan!