Jessica Simpson Tweets A Photo Of her Baby Bump (Photo) 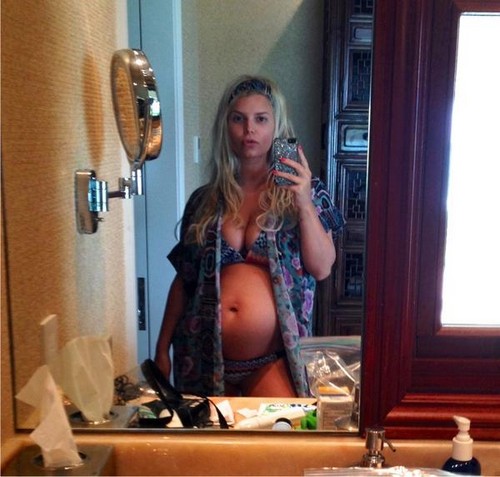 Jessica Simpson took to her twitter account to share with her followers and fans a picture of her baby bump.  Just seven months after giving birth to Maxwell Drew, Jessica Simpson and her fiance Eric Johnson announced they were pregnant again.

Wasn’t it just about one minute ago she announced she was pregnant?     Her baby bump is a lot bigger than I expected and she looks she is in her second trimester already.   She certainly is a fast worker.

Along with the picture she tweeted the following message, “Bumpin’ and Proud!” as she proudly poses in a bikini.  Not only is her belly growing her bathing suit top is having a hard time holding her growing breasts in, yikes…

Since Jessica is still a representative for Weight Watchers is this what we can expect as a regular occurrence? A weekly photo of her baby bump!