Nina Dobrev Says She is Getting Married 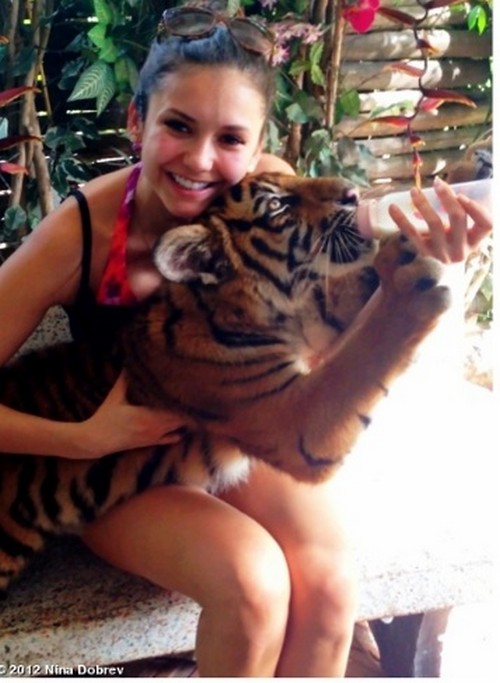 Nina Dobrev has been dating Ian Somerhalder for several years and the couple have looked like they are in no hurray to get married.  So today Vampire Diary fans were in a frenzy when Nina tweeted on her Twitter account, she was had found her soul-mate and was getting married.

But hold on a second she is not marrying Ian, Nina accompanied the tweet with a photo and a followup tweet and the photo above.  “He’s orange … And soft… And we’ll be together forever. Match made in heaven… IM IN HEAVEN!”

It seems Nina was playing a trick on her fans, she is not marrying Ian she is replacing him with a baby tiger 🙂 so cute!