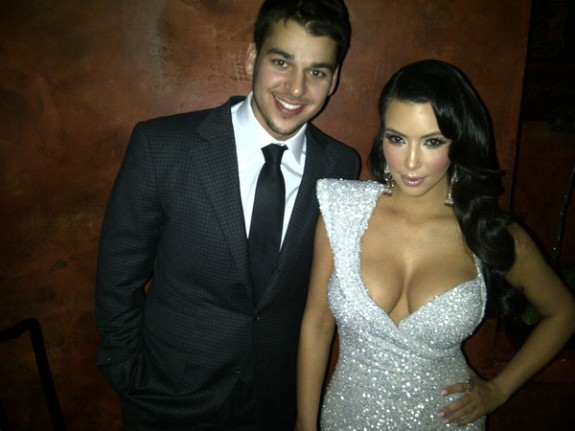 Rob forgot his PR training when he announced, “I’m so proud of my sisters, but I’ll be married before I have a baby.” Classy move from a guy whose biggest accomplishment is using the family brand to release a line of socks! And, not to burst his balloon, but don’t you have to be in a stable relationship before you can get married? Based on his plot line on Keeping Up With The Kardashians, Rob hasn’t had a real relationship since Disney Starlet Adrienne Bailon dumped him. Remember–he called her like, sixty times a day before her new boyfriend emailed him to stop? Major husband potential!

Rob tried to cover up his faux pas, saying, “I think everyone is just excited about and focused on the baby right now. Kim and Kanye are over the moon happy. I’m so excited to be an uncle again!” Sure, being an uncle again is exciting, but it would be more exciting if the babies weren’t the wedlock spawn of satan, right Rob? It’s pretty amusing to see a Kardashain–any Kardashian–try to preach family values. Do you think Rob’s betrayal will go unnoticed?