Kim Kardashian May Still Be Mrs. Kris Humphries When She Gives Birth 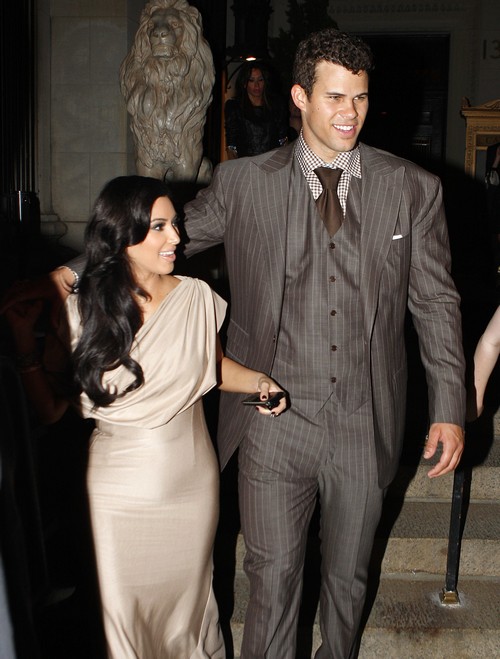 It looks like Kim Kardashian may still be Mrs. Kris Humphries when she gives birth to her baby.  Kanye West announced New Years Eve that girlfriend Kim was expecting their first child together.

There is just a tiny little problem stopping the happy couple from walking down the aisle, a little thing called “Kim is still married.”  Hate to be a stickler on details, but Miss Kim cannot tie the knot with another – until she ditches the anchor handing around her neck!

It looks like it is not going to be easy getting rid of that anchor.  Kris Humphries, who she was married to for a scant 72 days, is not cooperating.  Kris wants Kim to tell the truth (isn’t that a novel concept) and admit she used him and abused him.

I don’t see that happening anytime in this century.  According to Radaronline, “Unless Kim Kardashian gives in to Kris’ demand that she admit the marriage fraudulent, the divorce proceedings will still be ongoing and she will still be legally married to him when she gives birth.”

A date has not even been set for their divorce hearing and the two are expected to head to court in mid-February to set a date. Another tiny problem, it looks like Kris’ work schedule will delay the hearing till sometime in June and by that time it is likely that Kimmie will have popped the baby out.

What do you think should Kris be a nice guy and give Kim her divorce so Kim and Kanye can be happily married?  Hit the comments and let us know your thoughts!