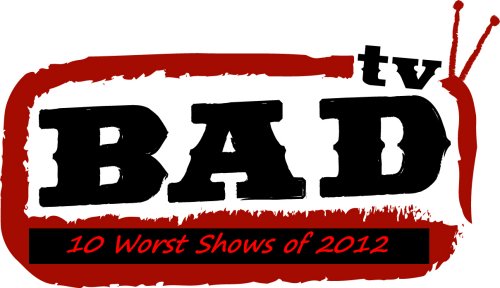 Everybody makes movie lists, but you can’t forget about the small screen. Most of us spend far more time on the sofa watching the flat panel than we do in the theater. In 2012, there has been some great TV, some mediocre and some truly appalling programming. Some shows that made our list have been cancelled and some are unfortunately still on air but are begging to be blacklisted. Here are our picks for the worst TV shows of 2012!

#10 Alcatraz – A rare TV fail for hitmaker JJ Abrams. Love Fringe, Lost and Heroes, but this flop seemed like every episode was the same – bad guy from the past kills people, gets caught, gets locked in the mystery bunker. Should have been good, but just wasn’t. Verdict: cancelled.

#9 Rob – I didn’t think for even a moment that Rob Schneider could pull off a hit show. I watched a few episodes – much as I would pause near a horrific wreck to assess the damage. It was tragically unfunny and doomed to ignominy. Verdict: rapidly cancelled

#8 The Neighbors – Third Rock from the Sun was great – this knock off is ghastly. Who was smoking crack at ABC and green-lit this nightmare? When the neighbors revert to alien form, they explode in goo and that gag got old quick. Verdict: renewed – seriously?

#7 Two and a Half Men – I love Chuck Lorre – his Big Bang Theory is a fave, but the post-Charlie Sheen epic meltdown reboot starring Ashton Kutcher is painful to watch and only occasionally amusing. Let it die like Charlie’s character please… Verdict: please cancel 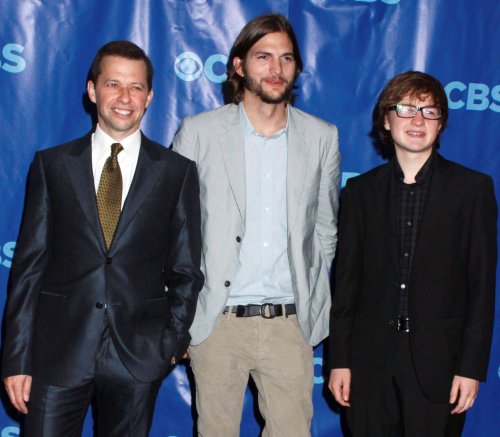 #6 Partners – I’m all about a new gay-centric show. Love me some Glee, Happy Endings and New Normal, but even the gay can’t save this piece of garbage. Brandon Routh was not convincing as half of the gay couple and Sophia Bush couldn’t salvage this mess. Verdict: cancelled (thank you)

#5 Chicago Fire – I enjoy the shirtless firefighting hunks Jesse Spencer (House) and Taylor Kinney (Vampire Diaries) but the rest of the show was less than smoldering. You can tell they’ve got a big budget, but the writing and acting is shallow. Maybe it will catch fire at some point. Verdict: renewed for now

#4 Are You There, Chelsea? – I wanted to like this show created by the hilarious Chelsea Handler, but it was never good – not even for a moment. I don’t know if she’s losing her edge or if the network was to blame, but this was a hot mess all around. Yikes! Verdict: rapidly cancelled

#3 Malibu Country – This Reba McEntire led sitcom feels like an over the hill reboot of Hannah Montana. It’s just not funny and has been pinned by ABC after Tim Allen‘s less than hysterical Last Man Standing. Couldn’t Reba get a part on Nashville? Verdict: in desperate need of cancellation

#2 The Mob Doctor – The acting is good and Michael Rappaport and Zach Gilford (Friday Night Lights) were great, but the show posed situations that could be easily avoided or resolved, so every week seemed uber-contrived for drama. Verdict: blessedly cancelled 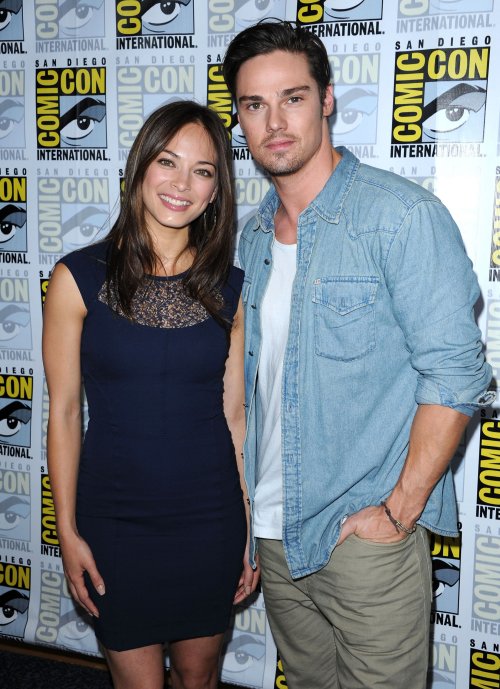 #1 Beauty and the Beast – Some of my fave shows are CW bred – Vampire Diaries, Gossip Girl, Arrow. CW knows how to make a supernatural show, so this super flop is a rare disappointment. Bad acting and a less than beastly beast make this one to avoid! Verdict: desperately in need of cancellation

If you’ve seen a show that you thinks bites worse than these, please add to comments – I’d love to hear what you think. And if I trashed one of your faves, make a case for why it’s not as bad as I think!