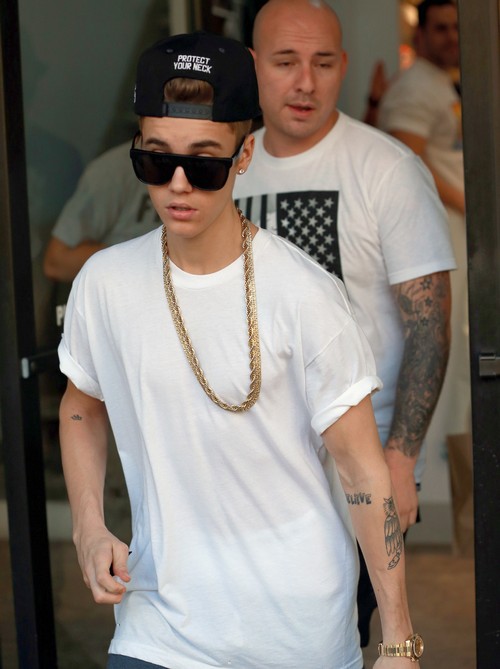 It looks like Justin Bieber is not so innocent anymore.  Justin had a “high” old time partying with his BFF Lil Twist.  TMZ has managed to get their hands on some photos of Justin smoking weed.

Now this is NO surprise to Celeb Dirty Laundry who reported in December that Justin was a brat who smoked weed all day while bossing people around like the petulant child that he is.

TMZ has now gotten the photo proof,  “The pics were snapped on January 2nd — the day after a paparazzo was killed while trying to take photos of Bieber’s Ferrari — and it’s pretty obvious … Bieber wasn’t feeling too bad about the whole situation.”

News leaked today that Selena Gomez and Justin split up again.  Could it be she is fed up of his weed smoking?  Or could Selena have found out that a girl crashed in the room where Justin was smoking?

Do you believe Justin Bieber smokes pot all day long? Or do you think this was a one off?  Hit the comments and let us know your thoughts