Selena Gomez Storms Out On Justin Bieber Yet Again 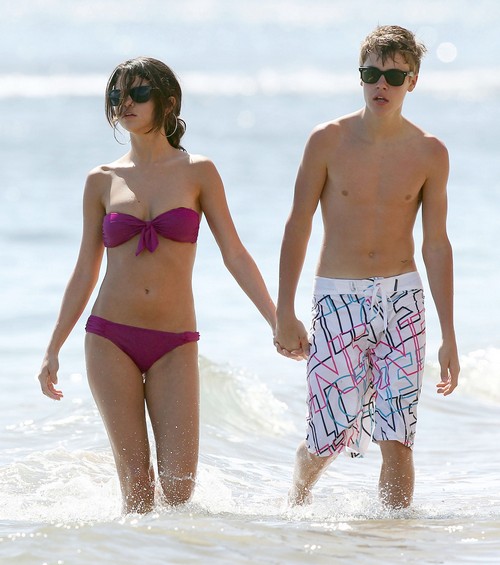 Oh my hell, enough with the make up- break up- make up routine! I’m talking about Selena Gomez and Justin Bieber, of course.  Apparently the occasional couple can’t even spend 24 celebratory hours in the same country without crap hitting the fan! Selena flew to Mexico on December 30th to meet up with Justin and somehow according to The Great Monkey Suit, within the span of a few hours the two had a fight so epic that she turned around and flew home! I mean, she left the same day! Who does that? Or more likely, what the heck did she catch him doing to send her running for the airport!

Biebs stayed over nite and then chased after Selena, heading back to L.A. on the 31st.  Supposedly the two still aren’t speaking which makes sense. I mean usually every few days we get a photo of them together making the rounds, proving that at least for the time being they’re still on. No photo and no new sighting would seem to indicate that they have split yet again.

Maybe this time they are really over. You know as well as I do that when a couple starts breaking up every other week it’s time to pull the plug for good. Trying to fix Selena and Justin now is just like putting a band aide on a bullet wound. Eventually the bad stuff is going to seep out and the band aide will fall off. It’s time for Selena to get a clue and upgrade herself to an older guy that isn’t into playing games.  Is Selena ready to be a smart woman and cut her boyish loss once and for all? Are you hoping that this split is the final one?  Tell us your thoughts in the comments below!