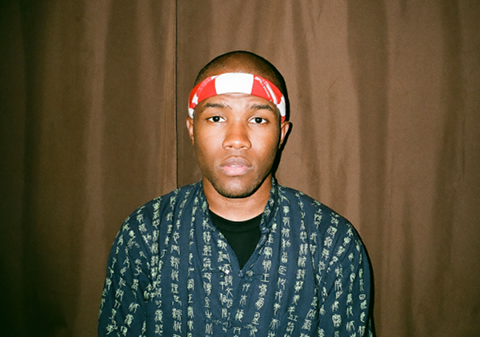 Singer Frank Ocean may have a voice that calms our nerves, but it wasn’t enough for him. He was pulled over today for reckless driving (going 90mph in a 65 zone!) and upon approaching the car, the police officer smelled weed! He immediately serached the singer, and found marijuana. He was cited for possession, driving with a suspended license, and having tinted car windows, reports TMZ.

Ocean was driving his black BMW on New Year’s Eve with an unidentified friend when the incident occurred. He was not arrested, but the friend was forced to take the wheel after the bust!

He seems to be in good spirits, considering the dangerous situation he put himself, his friends, and other drivers in! It sounds like someone was smoking weed in the car, which is dumb, and illegal. The speeding is reckless and dangerous. Honestly, I think it’s pretty disturbing that he isn’t more apologetic–at least about the speeding! Smoke weed at home, all day long if you like–come visit me in Seattle, we just legalized recreational weed!–but don’t put others at risk! Do you think Ocean deserves more than a citation for the incident? Should he apologize, or play the ‘too cool for the law’ game?