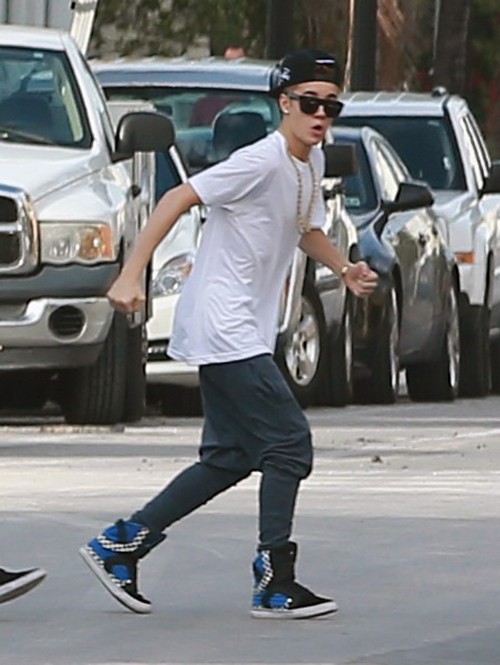 I’m guessing Justin Bieber’s mother never taught him that absolutely everything comes out eventually. Every lie is exposed, especially in this day and age. You can swear up and down that you don’t do drugs but all it takes is one cell phone picture to prove that you’re a complete liar. Just ask Justin because he is learning that firsthand right now.  Of course the young star doesn’t smoke pot, until we see him partaking with Lil Twist.

Justin isn’t a grown man so he’s not going to dare to address the photo dead on, instead he is leaving his manager tweet some sort of veiled apology.

“Everyday growing and learning. Trying to be better. U get knocked down. U get up. Back on tour tomorrow. Ready to see you all smile. Time to do what I’m supposed to be doing. Performing #BELIEVEtour. I see all of you. I hear all of you. I never want to let any of you down.”

Justin’s management knows that letting down his fans can be lethal for his career, but do you think he actually cares himself? Isn’t he just so used to everything being done and covered up for him that he probably assumes this will all go away with no real repercussions too?  Will his screaming teenaged fans care if he smokes a blunt now and then? Probably not. But the parents at the helm of his preteen fan base will and that might affect his career more than he realizes! Without parental support his marketability would definitely drop down a bit.

Will Justin bounce back from this scandal just fine or do you think there’s some fallout ahead?  Should he issue a real statement and own his actions? Tell us your thoughts in the comments below!