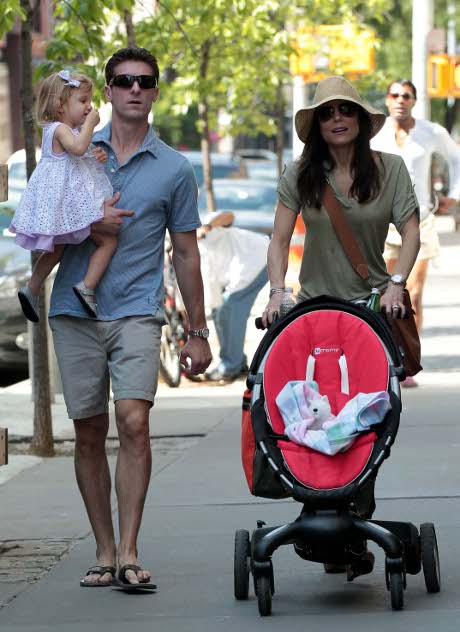 I think we all kind of figured that once Bethenny Frankel announced her split with husband of nearly three years, Jason Hoppy, the divorce announcement would be right around the proverbial corner. Less than two full weeks after announcing the split we’re now hearing that Bethenny took the first legal steps towards filing for divorce last week in NYC. Given the fact that she is at heart little more than a cut throat, shrewd business woman I’m not at all surprised. Once she pulled the plug publicly this marriage was completely over with no chance of reviving it.

Ironically, Bethenny took off with her 2-year old daughter Bryn on a New Year’s vacation so that Jason could get his stuff and basically get the heck out of her house. Not that I think he’s hurting too much. He knew that he married an ice queen and for a short while he was able to thaw her a little bit, but once that effect wore off it was going to be ugly. Bethenny is ultimately married to her work while Jason is much more laid back. I’m sure in her eyes he is lazy and in the end it was rumored that Jason absolutely couldn’t stand his wife.

It sounds like the divorce is in everyone’s best interest. Bethenny has always said that she’s never chase Jason from their daughters life because she sees the strong bond between them. She herself was raised without a father so she has totally respected Jason’s continuous involvement in Bryn’s life. It sounds like they both want what’s best for their daughter, but will custody issues be resolved smoothly? Will Jason decide that he should care for Bryn because Bethenny puts work first? Tell us your thoughts in the comments below!