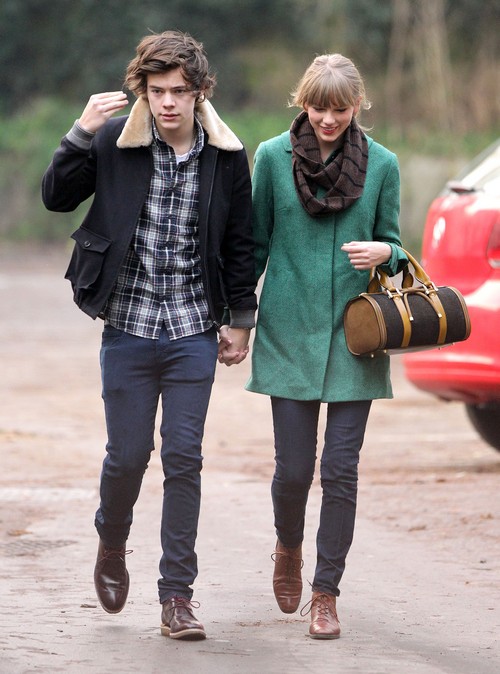 Well it was only a matter of time right?  Taylor Swift goes through men at the speed of light.  After one month of dating it is all over but the crying for One Direction’s Harry Styles and Taylor.

According to Life & Style, “They are both really busy and never in one place for long. Harry’s really upset about the split and is really sensitive about it.  Loads of his friends told him to be careful and that it was never going to last, and he feels a little foolish now that it’s fallen apart so quickly.”

Everyone thought this relationship was more serious because Harry even introduced Taylor to dear old Mom.  The two were even spotted spending New Years Eve together.

Ah well Harry, I guess you and the rest of the world can expect a new song from Taylor soon, and you will be featured in it.

What do you think Hollywood Hiccupers?  Is Life & Style right and it this another notch of Taylor’s belt?  Hit the comments and let us know your thoughts!