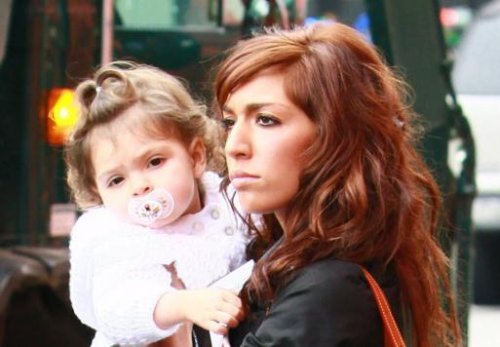 Let me be clear – I’m not a fan of Teen Mom Farrah Abraham. I think she’s a terrible mother and that was before I read this latest news of parental abuse. On episodes of Teen Mom, Farrah is verbally abusive to her daughter, pens her in her room and yells at her constantly. She seems to have no empathy for her daughter or any realization that her child is just that – a child – who needs love, patience and nurturing (not negative) attention from her mother.

Today I read this – a blog Farrah posted on Saturday:

You can read it straight from her sick mind to the pages of her blog. Farrah slathered her three year old daughter with hot wax and ripped hair out of her little face. Who does this to a child? Pageant moms maybe, but even then it’s totally awful. And not satisfied with the hot wax efforts, she waited until her daughter dozed off and then attacked her with tweezers until Sophie woke up.

So now Farrah has traumatized her child with hot wax on her eyebrows, tweezing and has made it clear to Sophie that this wasn’t a one-time thing – there will be maintenance work. Good job Farrah – way to let your daughter know that you can’t love her unless she’s perfect. Obviously that unibrow was an unacceptable defect in your child that you just had to correct. Horrible – horrible – horrible parenting.

Farrah writes “I feel like a good mom.” I bet you do – but you’re not – you’re a terrible mother setting a terrible example for your very young daughter that you must submit to pain to be beautiful and be loved. OMG! Farrah called this a “standout historical moment in motherhood” – no – it was a standout historical moment in poor parenting! Given her new obsession with plastic surgery, Farrah probably thinks attractiveness equals love and I can’t imagine how frightened Sophie must be to see her mom all carved up in bandages and stitches after she has work done! 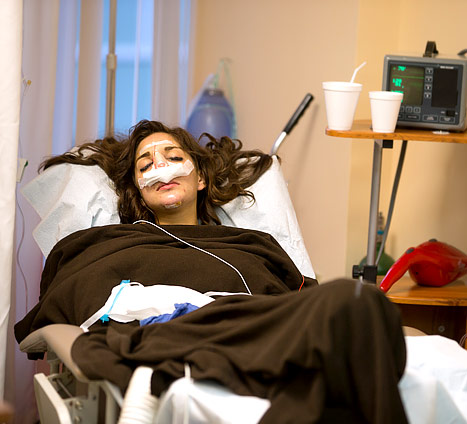 Most of the comments Farrah received on her horrible blog post were negative – my favorite was the guy who asked if she’s “developmentally challenged” except I think that’s an insult to functional developmentally challenged people everywhere. I also want to call attention to the third paragraph from the bottom where Farrah writes “finally she woke up.. I went to sleep.” To clarify, you poured hot wax on your toddler, yanked out all her hair while she cried, once she cried herself to sleep, you went back at her with tweezers and yanked hair out of her face until she woke up and then once she was good and alert, you decided to doze off???

Where is Family and Child Services when poor Sophie needs them? This is nothing short of abuse, but unfortunately nothing new for Farrah who’s made a habit of purposefully neglecting her child and is dumb enough to do it with the MTV cameras rolling. What a disgusting excuse for a parent. Shame on you Farrah – shame – shame – shame!