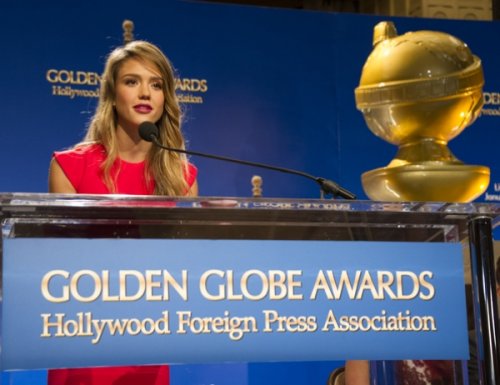 The Critics Choice awards are a little esoteric for most people, so I consider the Golden Globes the official kick off of awards season. The Globes are always fun because the celebs are looser, drunker and the room is less serious – plus they honor TV as well as movies, so that’s double the fun since I typically eschew the Emmys.

It’s not about what shows and films I want to win, it’s about what I really think will draw the votes. So here’s the big category Golden Globes nominations, my picks and my rationale for my predictions:

TV – Best Supporting Actor (Series/Mini Series): Peter Dinklage should be nominated again, but since he’s not, my guess is Mandy Patinkin for Homeland – the Globes seem to love that show and I do as well.

TV – Best Actress (Comedy/Musical): I’m not in love with any of the nominees, but the Hollywood Foreign Press likes political shows, so I predict Julia Louis-Dreyfus for Veep.

TV – Best Actor (Comedy/Musical): Matt LeBlanc won this last year and is a strong contender this year, but I’ve got fingers crossed for Jim Parsons from Big Bang Theory.

TV – Best Actress (Drama): I think Claire Danes will win this again – her work on Season 2 of Homeland was excellent and this show seems popular with the HFP – although I would love to see Connie Briton walk off with the statuette for Nashville.

TV – Best Actor (Drama): I’m predicting a Homeland sweep and think Damian Lewis could win this. He’s the best of the nominees and turned in a stellar Season 2 as the double agent cracking under the strain!

TV – Best Series (Drama): Sticking with my theory of a sweep, I say Homeland will walk away with this one again. I would say Game of Thrones, but it’s not nominated for some reason.

TV – Best Series (Comedy): I see this as a toss up between Episodes and Modern Family, but think it will go to Modern Family. The adoption heartbreak and Gloria’s pregnancy were compelling TV.

Movie – Best Supporting Actress: I predict Anne Hathaway will win for Les Mis – if only for starving herself and shaving her head, despite that Adam Lambert criticized the singing in the musical.

Movie – Best Supporting Actor: My call for this one is Alan Arkin for Argo. It’s got international appeal and I’m not sure the two nods for Django Unchained indicate they’ll be willing to award this controversial film.

Movie – Best Actor (Comedy/Musical): I would like to see Bradley Cooper take this one for Silver Linings, but if not, I’d settle for Hugh Jackman in Les Mis.

Movie – Best Actress (Drama): Zero Dark Thirty is inviting a lot of criticism, but I think the HFP will like the story, so I’m going with the excellent Jessica Chastain.

Movie – Best Actor (Drama): I’m hoping someone will get a trophy for The Master unless Xenu is frightening the HFP voters away. Fingers crossed for Joaquin Phoenix.

Best Director: I think Ben Affleck could walk away with the big kudo this year. But then again Kathryn Bigelow is my hero. Who will it be? I think Kathryn Bigelow will do well at the Oscars, but gentle Ben will take this one.

Best Motion Picture (Comedy/Musical): I’m torn between Les Mis and Silver Linings Playbook and would be happy with either. I’m going to call it Les Mis for the win.

Best Motion Picture (Drama): I’m on the fence between Argo and Zero Dark Thirty – both political films. Hmm… Hmm… Argo for the win!

Those are my predictions, but I’d love to hear yours. It’s hard to predict what the Hollywood Foreign Press will like, but it’s safe to say they don’t get typical Americana so they’re difficult to predict. I’m geeked out about the Globes this Sunday though and hope you’ll be watching. I print ballots and force my family to vote and then score our results for bragging rights! Sad to say, my 10 year old is the reigning champion, but I’m a solid second place.