Lindsay Lohan Skips NYC Court Date – Parties Til 5 AM Instead 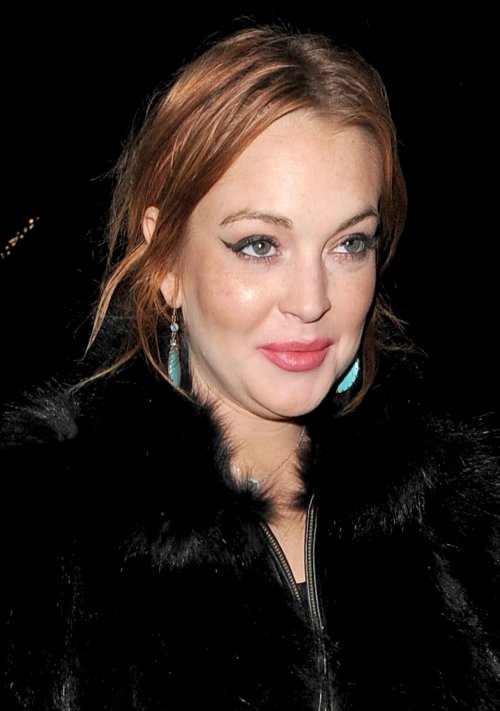 It’s hard for me to keep track of all of Lindsay Lohan‘s court dates and legal scuffles, but it seems like she should be more aware. Linds was due in court today in NYC but blew off the court date in favor of all night partying in London. She’s been there since New Year, prompting rumors that she would be entering the Celebrity Big Brother house, but it turns out she was instead being paid to party with a rich foreign prince. Careful Lindsay – being a girl for hire could land you in even deeper legal troubles!

Today’s court appearance is from a November confrontation with a (alleged) psychic at a NYC nightclub. I don’t assume Lindsay was in the right, but shouldn’t the supposed psychic have seen it coming and just avoided the troubled star altogether? The good news for Lindsay is that her lawyer showed up to represent her at the hearing and was able to get the assault hearing on the misdemeanor battery postponed.

Her attorney for the assault, Mark Jay Heller, told Fox News that he believes the charges will be dropped because his client LiLo was “a victim of someone trying to capture their 15 minutes of fame.” A spokesman for the court confirmed that there hasn’t been a criminal complaint filed yet and that the nightclub scuffle is still under investigation.

Even if Lindsay manages to get out of this legal scrape with no charges, it looks like she won’t be so lucky when it comes to her probation violation case in LA. While filming Liz and Dick, Linds crashed her Porsche into the back of a dump truck (because those are hard to miss) and lied to police, saying she wasn’t driving. Her Liz and Dick insurance coverage prohibited her from driving at any time during production.

Lindsay must not have known that there would be witnesses on a major freeway and yet was somehow found out. LA Superior Court Commissioner Jane Godfrey yanked Lindsay’s probation. LiLo is due back in court next week to see what will happen with her probation but many are predicting jail time and some are even hoping for it.

Her oft-used LA attorney Shawn Holley is more optimistic about Lindsay not spending time behind bars for the probation she’s under for stealing a necklace and said, “We’re all hoping to get this behind us very quickly.” The terms of Lindsay’s probation were interesting – she was told by Judge Stephanie Sautner to quit nightclubbing and obey all laws. Linds may or may not have been obeying all laws, but she’s certainly been out nightclubbing!

I wonder how literal Sautner will be when it comes to deciding Lindsay’s fate at the hearing next week. For now, LiLo remains in London, partying like it’s her last chance to have fun. If the judge pops her back in prison, it may well be her last hurrah for quite some time. We’ll keep you posted!