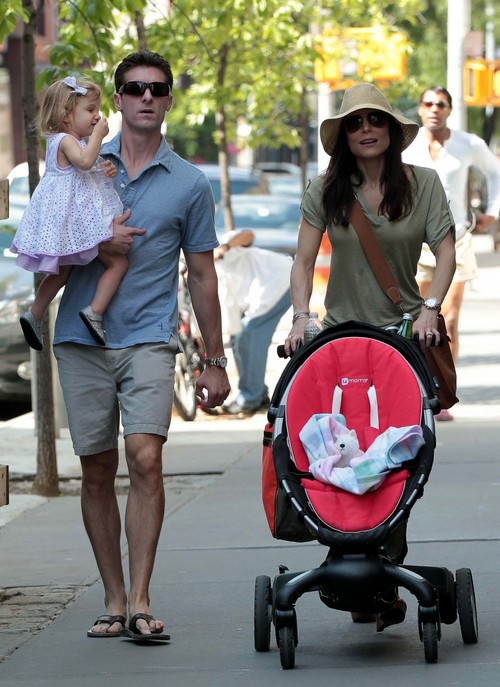 Things never seem to stay amicable for long when it comes to Hollywood divorces. Two weeks ago Bethenny Frankel announced that she and husband of nearly three years, Jason Hoppy were separating and grieving the loss of their marriage. Now the shrewd businesswoman has already filed for divorce and according to new reports, she’s a worried mess over her empire. Things are about to get really messy because the two are already clashing over things connected to their daughter Bryn.

Things got really ugly when Bethenny filed for primary custody of Bryn and then requested child support in spite of being worth an estimated 50 million. Jason has been a very hands on father and has no intention of allowing Bethenny to have primary custody. He’s expected to file for joint custody because he believes that both he and Bethenney are equally important fixtures in their daughter’s life.

Bethenny is afraid that the bad press and fallout from her divorce will affect her talk show that is expected to return to television in a bigger market this year. She’s also more than a little obsessed with money according to a source at Radar.

“Bethenny is beyond obsessed with money, sadly. Bethenny has worked tirelessly to control how she is portrayed in the press, and she is watching it now all start to unravel with divorce, and it has her freaked out,”

Do you think a messy court battle is right around the corner for Bethenny and Jason? She’s so used to being in control that she’s likely going to challenge Jason on every point, don’t you agree? Will they be able to agree on anything or is this divorce about to become an epic butting of heads? Tell us your thoughts in the comments below!