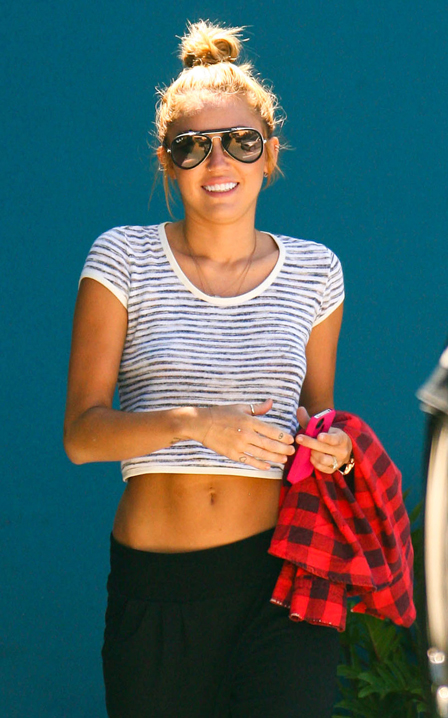 Disturbing news today, Hollywood Hiccups’ readers! So close your eyes and ears if you don’t want to read on. After the Justin Bieber pot smoking scandal, and after the photos were released on TMZ, Beliebers – fans of the pop star – took to Twitter to voice their opinions. Tragically, they didn’t send out scathing tweets of hatred; instead, they started cutting themselves to show their disgust.

Yesterday, #cut4bieber became a trending topic on Twitter, as fans took to the popular social networking site and posted images of their bleeding arms and legs. This collective obsession was taken to new heights when Miley Cyrus – a non-official, previous cutter – publically lambasted Bieber’s fans on Twitter. She wrote, “#cut4bieber? Cutting is NOT something to joke about. There are people who are actually suffering from self-harm, this is so disrespectful.” We agree, Miley. We agree. Self-harm is an issue that should be placed in a serious light, and Justin Bieber’s fans are only disrespecting this issue and making it a pop culture phenomenon.

There’s still no word on whether Bieber knows about this sickening trend that popped up on Twitter yesterday, but we do not believe the singer will actually respond to the issue – his past actions dictate that he isn’t really such an empathic and sympathetic person as first thought. Young Hollywood – including Demi Lovato – have spoken publically about their self-harm and made it a visible and public issue. If only Bieber’s fans could realize how much this damages their idol’s image, they wouldn’t be doing it.