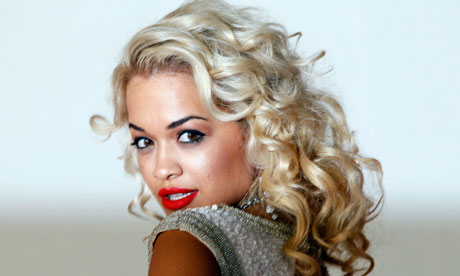 This girl needs to keep them legs closed.. like asap! Rita Ora has likely spread her legs for another celebrity after Rob Kardashian ended their 1-year relationship due to her having slept with TWENTY MEN whilst pregnant with the reality star’s baby. Yikes!! According to sources, the singer and Diana Ross’ son Evan were seen at a party in SoHo venue Goldbar on Sunday before they started sharing each other’s spit. It was that intense!

Onlookers explain the kiss as “passionate” — Ooh, that explains why every man wants to be with her.. she’s a good kisser. But wait – Evan has been said to have been one of the twenty dudes Rita was sleeping with during her time with Rob which prompted her to run back to him after Kardashian ended their romance.

Insiders said the following: “They were so into each other. They took a lingering, passionate kiss.”

We have yet to hear what Diana Ross makes of this, but something tells us she will be less from pleased to hear that her son is dating a trashbag who climbs herself up on the fame ladder by sleeping with stars and gaining a bad reputation to keep herself relevant. Phew! That was a mouthful, wasn’t it?

We wish anyone who sleeps with this girl good luck, and make sure you get yourself tested afterwards!