What Would Ryan Lochte Do? Coming To A Television Screen Near You! 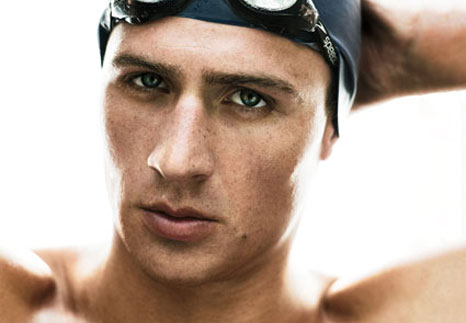 Ryan Lochte is all the rage right now. He won Olympic medals, partied with Prince Harry at the infamous Las Vegas hotel room that saw Harry go nude, and became a public sweetheart. What happens when someone achieves this quickie level of fame? They do a reality show! Soon, television screens all over the world will be able to watch Lochte prepare for the 2016 Rio Olympic Games “while building his fashion line, making buss-worthy media appearances, dealing with his unconventional family and loyal friends and, always, searching for ‘the one’.” It sounds a bit like The Bachelor-Gone-Wild…

The show will be titled “What Would Ryan Lochte Do?” and will contain exactly six episodes – yes, he’s going to search for ‘the one’, build an empire, and win a gold medal in exactly six episodes. (See it as a marathon) E! Entertainment’s President of Programming, Suzanne Kolb, said post-press release, “Ryan Lochte captured everyone’s attention at the Summer Olympics with his athletic prowess and his utterly unique and unaffected approach to life. He is an incredibly endearing personality who is sexy, entertaining and fun. Watching this show, I believe people will into three categories: they want to be him, sleep with him or mother him.” The show teaser was shown at the recent Television Critics Association’s winter press tour, and journalists and TV critics from all walks of life experienced the April-airing schlock that will be presented to us.

According to the Daily Mail, “But perhaps most excitingly for fans of fashion, viewers will get to see the swimmer’s eclectic collection of more than 150 pairs of shoes, as well as the blinged-out accessories he loves to wear. Something that even his most beloved fans may grow to hate is his made-up catchphrase ‘jeah’, which he actually trademarked back in August.”

This sounds about as exciting as watching paint dry.

Renier
For All The Alaskan Bush People News!