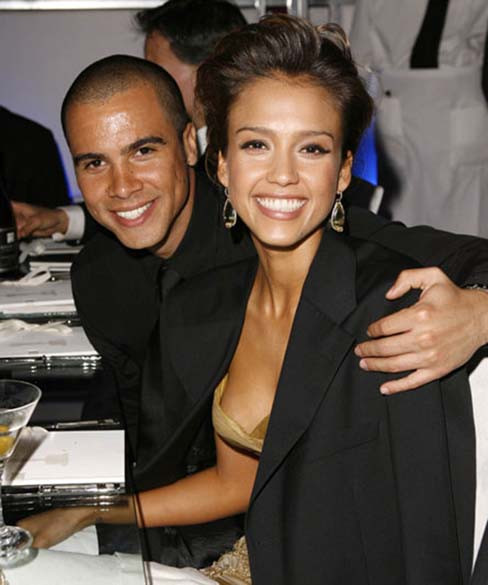 Aww – you see, long-lasting and genuine Hollywood marriages still exist. Though Jessica Alba may have only been married to Cash Warren for four years, the two seem to be happier than ever which could be why the actress is publicly talking about her relationship to the movie director in the newest issue of inStyle magazine.

Alba, who shares two kids from her marriage to Cash, has said that when she first met Warren, she instantly knew he wasn’t going to be going anywhere. It just so happened that her crush was single which gave her the perfect shot to make her move and make him hers. Ha.

Jessica tells InStyle: “I just knew when I met him that I was going to know him forever,” she said. “It was weird – he instantly felt like family. It was so easy.I’d never felt like that with anyone. I was usually pretty self-conscious, minding my Ps and Qs, very aware of every time my fork hit the plate when I was having dinner on a date.”

The actress continued how her husband makes her feel good by letting her have days off from her mommy duty and just chillax with her friends, while Cash looks after the kids. She continued: “With him, there was none of that. We got each other. We’re kindred spirits. On a weekend, Cash might say, ‘Go get your nails done with a girlfriend. Haven is down for a nap and Honor and I will play. I know you work hard. You deserve some time for yourself’.”

Alba recently signed on to star in the Sin City sequel, A Dame to Kill For.

Jessica Alba Opens Up About Paul Walker’s Death: He Treated Everyone With…

Jessica Alba Used To Be Critical Of Her Body (Photo)