Kristen Stewart and Robert Pattinson Have a lot of Raunchy ‘Fifty Shades of Grey’ Style Sex! 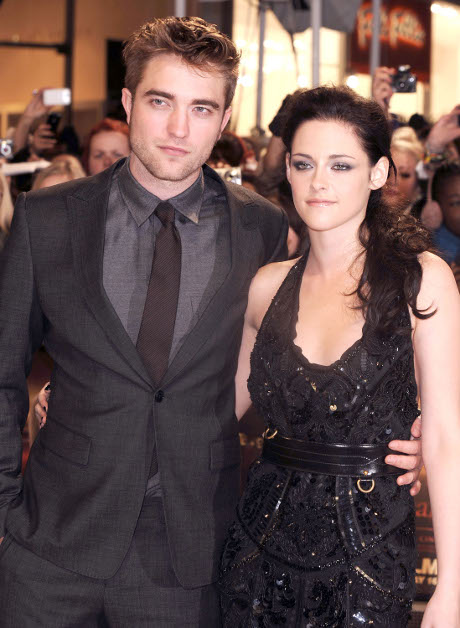 To be able to answer this question is next to impossible, considering that uber private Twilight couple Kristen Stewart and Robert Pattinson are forever tight-lipped when in comes to anything involving their personal lives.  As much as I’d love to be a fly on the wall in their bedroom, alas, this isn’t the case.  So when a source spoke to Star claiming that “Kristen Stewart and Robert Pattinson’s wild bedroom antics are enough to make a vampire blush”, naturally I pondered just how reliable this source actually is.

Nonetheless, this is what he or she is saying, going as far as telling the magazine that “Kristen knows exactly how to please Rob”, and “they have a very active sex life and like handcuffs, blindfolds and feathers.”

Tell us more – real or not, it all sounds very, very spicy!  I’m thinking Fifty Shades of Naughtiness for these two!  The insider also added that the couple “regularly buys stuff, anything from costumes to DVDs, from The Pleasure Chest in West Hollywood.”

Do we have another Christian Grey and Anastasia Steele on our hands??

Now really, as much as I’d like this to be true – because it all sounds wickedly exciting – I highly doubt that either Kristen or Rob would show their faces at a place called ‘The Pleasure Chest’.  Getting their assistants in the stores however, is a whole different matter.  Oh to have an unrecognizable personal assistant….

I don’t know about you all, but considering all the rumors that have been rampant about the couple over the past few months (aren’t they supposed to be married or something right now?), it’s hard to believe anything these days.  Until I see KStew sporting a baby bump or some diamonds on her finger, I’ll reserve judgment as to what goes on in their guarded relationship. In the mean time, dream away fans – there’s nothing like an active imagination…