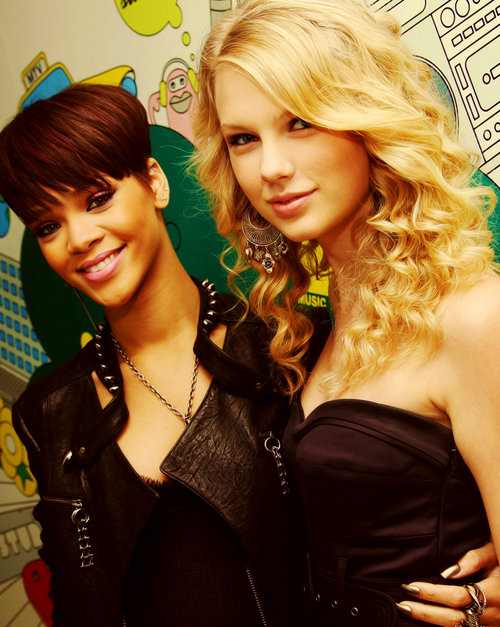 Rihanna and Taylor Swift have been confirmed to perform at this year’s Grammy Awards. The Bajan-beauty and the country singer will sing songs from their latest albums, Unapologetic and Red, but we’re a little more excited to see what Taylor will do, seeing that One Direction are set to watch the show, too.

While we are already thinking about what song Swift could possibly sing while Harry Styles watches in embarrassment, Rihanna will probably bring out a very special guest to the stage – Chris Brown – to once again tell her fans she doesn’t care what they think about the decisions she makes in life.

Other musicians who have been confirmed to make appearances are Mumford and Sons, The Black Keys, Fun. while it has been reported that Justin Bieber backed out from performing at the show after he was snubbed from an award earlier when nominations were revealed last year. Bieber and Nicki Minaj‘s team both shared their thoughts on the snub on Twitter.

Last year’s Grammys had incredibly high ratings at 43.9 million during the two-hour special, which followed a tribute to the late Whitney Houston, one day after she was found dead in the Beverly Hills Hilton Hotel. New reports have claimed the singer was killed with investigators finding valid evidence.