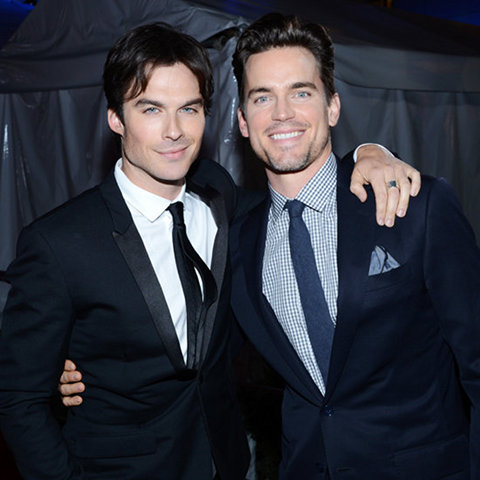 While presenting at the People’s Choice Awards, he and actress Casey Wilson got a bit cozy during a funny opening skit, during which she warns him not to cross the invisible line between them. In typical Damon fashion (I assume Damon and Ian are of the same mind on all things, right?) Ian crosses the line and gets very close to her, giving a sexy, angry smoulder. I’m surprised her hair didn’t catch fire just from proximity!

You can check out the video below, and enter the conversation: does this prove that Ian is the perfect actor for Christian Grey? Who is your favorite potential? Check out the picture of Ian and Matt Bomer at the PCAs! Is it just me, or is it too much beauty for just one picture? Would Matt make a better Christian than Ian?