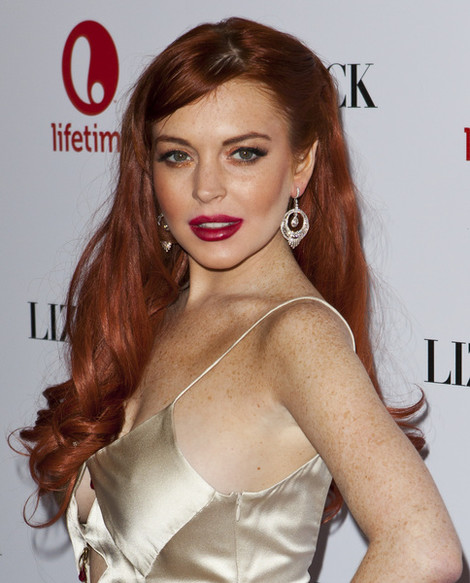 Girl has stickey fingers! Lindsay Lohan is rarely in the news under positive or celebratory headlines, and today is no exception. An exclusive report from Radar Online claims that Lindsay stole one of Elizabeth Taylor‘s bracelets while on the set of Liz & Dick. The bracelet was owned by Elizabeth’s former nurse, and Lindsay lied about taking it. I’m telling you, if this girl doesn’t get help soon, she’s going to end up in jail for the rest of her life! It’s a miracle she’s been walking free for so long!

The source reported, “Lindsay immediately fell in love with the bracelet the minute she saw it and was very vocal about how much she admired it. A short time later, the bracelet disappeared from the nurse’s house … on the very same day Lindsay had been to visit. She swore she did not take the bracelet and categorically denied having it in her possession. The nurse knew that was a blatant lie as the bracelet disappeared after Lindsay was at the house and she knew that it had to have been Lindsay who took it. In the end, it took over a week to get the bracelet back from Lindsay and it was only returned after the nurse threatened to call the cops. One of Lindsay’s people eventually returned the bracelet to the nurse”

Lindsay is currently facing charges for parole violation after a car accident, after which she lied to police about her role in it. Her next court date is January 15, and we’ll be interested to see how lenient the judge is on her! Are you surprised Linds managed to weasel her way out of yet another scandal?