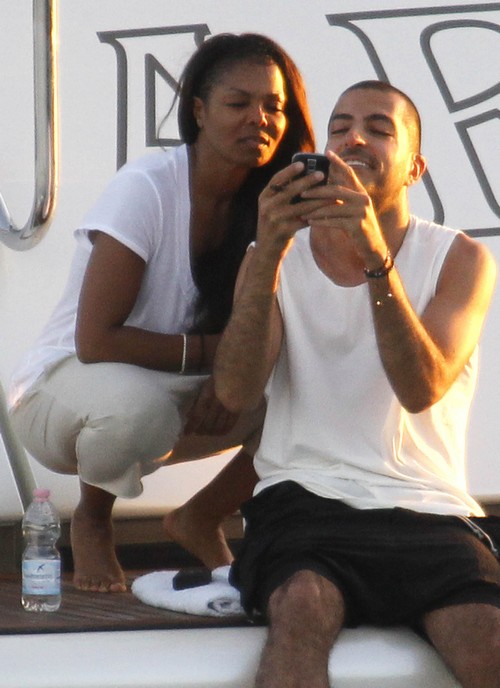 Billionaire Wissam Al Mana tore up a  prenup he had with Janet Jackson according to Yazman.com!

I guess it is true love…..right….for now at least!  Janet Jackson is engaged to Wissam Al Mana and the two were trying to get married.  However, their prenup was holding things up.  It seems that Wissam is a serial-marrier, and his lawyers were concerned that if Wissam and Janet broke up she would make the big grab for his $$$

Wissam is worth a billionaire and Janet is worth a mere $150 million.  “Janet will be marrying into the sort of wealth not even her brother Michael managed to amass during his lifetime of success,” said her friend. “She’s looking forward to a fairytale life with Wissam.”

To find out more details of the ripped up prenup and what Janet will get if the two split up after they are married, head over to Yazman HERE!