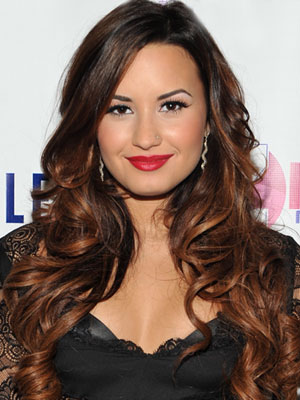 Demi Lovato is as famous as famous can be, but Demi Lovato is not as stupid as stupid can be. According to a latest, exclusive TMZ report, the star, who suffered from anorexia, bulimia, and self-mutilation, has been staying at a sober living facility in Los Angeles for more than a year. In 2010, the now 20-year-old Lovato went to rehab after she admitted her personal demons to the public. Ever since then, the young star has been climbing the charts of popularity and became an overnight superstar after her appearance on the second season of X-Factor USA.

However, throughout the fame, the awards, the popularity, and the music, Lovato stayed true to her promise of “getting better”. Being a celebrity of her caliber is extremely taxing on her personal life and emotions, so Lovato decided to stick with staying at a very minimalistic sober living facility where counselors, other addicts, and psychiatrists are on standby to assist with any disruptions. According to TMZ, “Shortly after her inpatient rehab, she moved into a facility in the L.A. area. It’s interesting, considering she also owns a very nice home in L.A.”

Lovato also stayed at said facility during the entire time she appeared on X-Factor USA. “Demi felt it best to come home to the facility, where she wouldn’t lose her way,” TMZ reports. There’s no word on how long Demi will be living at the facility, and/or whether she will move out anytime soon, but it’s refreshing to see such a young entertainment personality take her life into her own hands and figure out what she needs to get better. Perhaps Lindsay Lohan could take a leaf from her book?

What do you think Hollywood Hiccuppers? Do you think Demi Lovato is inspirational? Do you think she is a role model for young women? Let us know your thoughts in the comments below.

Demi Lovato Opens Up About Her Cocaine Addiction