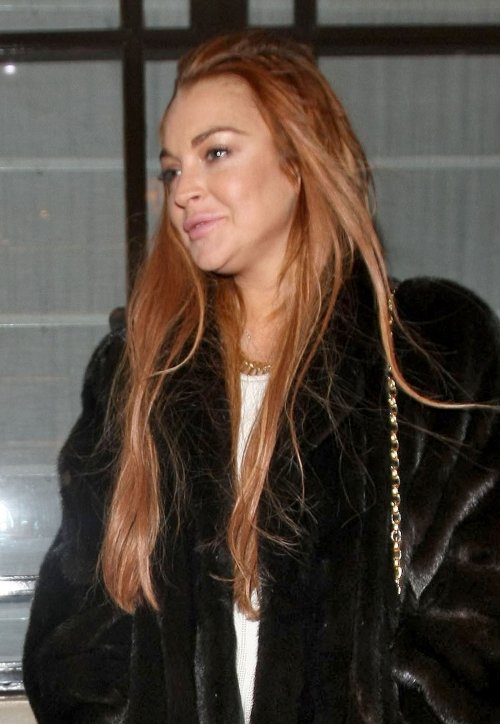 But Lindsay’s contract specified she would get “$100 a day and an equal share of the profits, but no vote in decision-making” but the likelihood of this film generating enough revenue for Lindsay to get anything more than her embarrassingly low salary is sketchy at best. Her contract also specified that their would be one extremely graphic sex scene that was “non-negotiable.”

How low has Lindsay sunk? She took a 100,000 tax bailout loan from Charlie Sheen after she bedded (but refused to kiss) him on the set of Scary Movie 5 and over New Year’s raked in a cool $100,000 to keep a foreign prince company in London. Wow! He also paid for her to stay at the luxury hotel The Dorchester and covered her expenses. That’s crazy – based on what she did for The Canyons, he probably could have put her up at a dingy youth hostel and offered her $250 plus coach class airfare. Perhaps the Prince of Brunei doesn’t know how to negotiate…

And of course, even though Linds promised to strip off and get naughty for The Canyons, she freaked at the last moment and refused to take off her clothes. To help get her comfortable, 65 year old director Schrader undressed as well. Ick. How is that inspiring? Once they got her naked, they were able to get the dirty performance from Lindsay in record time. The New York Times says, “Lohan dropped her robe. Schrader shouted action, and they filmed the scene in one 14-minute take. About halfway through, Lohan looked directly into the camera and flashed a dirty, demented smile at Schrader.“

Even with that cheap of a price tag, Schrader fired her from the film for missing the table read. Lindsay’s excuse? She was up late and then took a sleeping pill that made her oversleep. She came to the director’s hotel room and cried and begged while standing in the hallway for 90 minutes until he relented. The Times also reported she was boozy on set, getting loaded before the sex scene and even drove off set drunk one day.