Taylor Swift Begins Work on New Song: How Bad Will She Bash Harry Styles with her Lyrics? 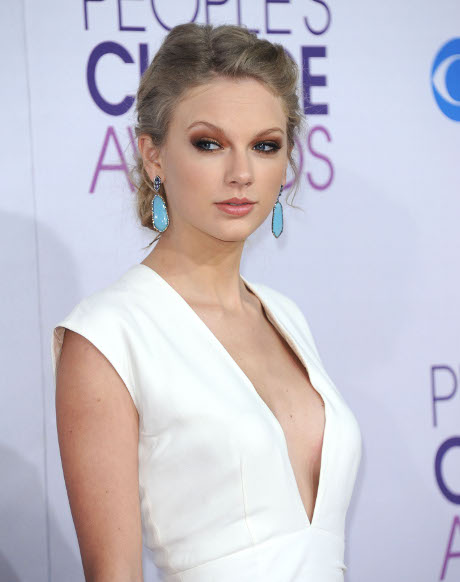 I think Taylor Swift’s break up with Harry Styles is about to become a whole lot more public! The starlet was spotted running to the studio earlier today wearing skinny jeans, a striped sweater, and a very determined look on her face. Yeah, we all know that look! It’s the face of a young woman who has been scorned and believes that she deserves much better!

In case Harry is still partying with a bevy of beauties and was unaware of Taylor’s actions, she did post it on Twitter. Actually it was more of a sideways taunt, “Back to the studio, uh-oh…” It almost feels like Taylor was giving Harry a heads up, you know like Hey,  it’s your turn!

Taylor is one of Hollywood’s most unlucky in love stars and she has truly made a career out of being dumped, played, and cheated on. Think about it, her most popular songs are about being that girl. The one who has been wronged and then left alone. Surely she feels Harry has done the same thing or maybe even worse! There has to be a ballad in this somewhere, don’t you think?

Will Harry even care if there is a song about him? I mean doesn’t that just put him in better company? Taylor only immortalizes the guys that really mattered to her in song. Does he deserve to be on that list? What do you think Harry’s reaction to Taylor writing a song about him? They were only together for two months, will he even care? Two months is nothing in the grand scheme of things!

Should Harry be a little nervous about what Taylor will have to say?  Will it affect his career? Will the girls like him any less if Taylor slams him? Tell us your thoughts in the comments below! What are your thoughts on Taylor Swift and Harry Styles? Taylor Swift’s new song is sure to be fire.