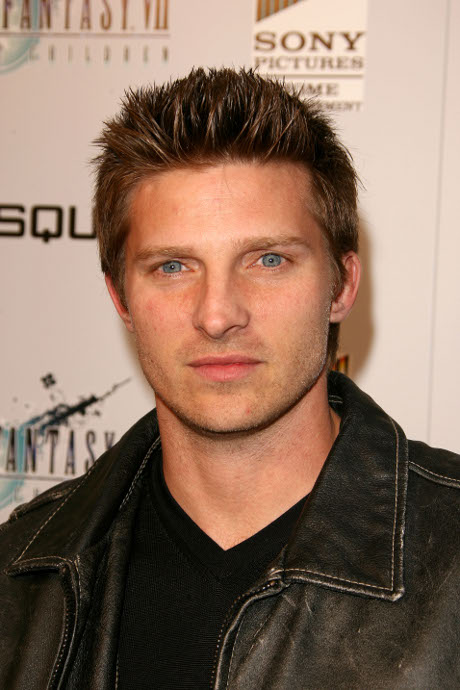 Last August Steve Burton stunned soap opera fans world by announcing that after 20 years of playing Jason Morgan on General Hospital he was leaving the business behind. He said he intended to go and lead a quiet life in Tennessee with his wife and kids. When he first announced his departure fans were sad but I think they respected his desire to spend time with his family. Steve had already spent half of his life in front of the camera breathing life into a character that in spite of being a hit man, was absolutely loved by fans.

Over the years Steve became close friends with former GH producer, Jill Farren Phillips who now is in charge over at The Young and the Restless.  Apparently after he left GH and became available to work he and Jill ironed out a deal in record time. Of course Y&R lost several long running characters to accommodate Steve’s hefty salary and once word started to slip out fans of both shows were fuming. Y&R followers resent losing favorites to make room for an actor and character that they couldn’t care less about. GH fans felt incredibly betrayed and like the actor handed them a bunch of crap in order to slide out of there as easily as possible.

Steve swears nothing was premeditated and that it all kind of just fell into place. He issued this statement when asked about his actions.

“I told my manager [that] if can keep my family there and I can spend time with them and come back and forth [to Los Angeles for work], I would do that in a second. And without hesitation, CBS Daytime made that deal really quickly. This is crazy, but I am just so grateful to have the best of both worlds.”

Do you think Steve and Jill had a shady plan and all of this was carefully planned out? Tell us your thoughts in the comments below!