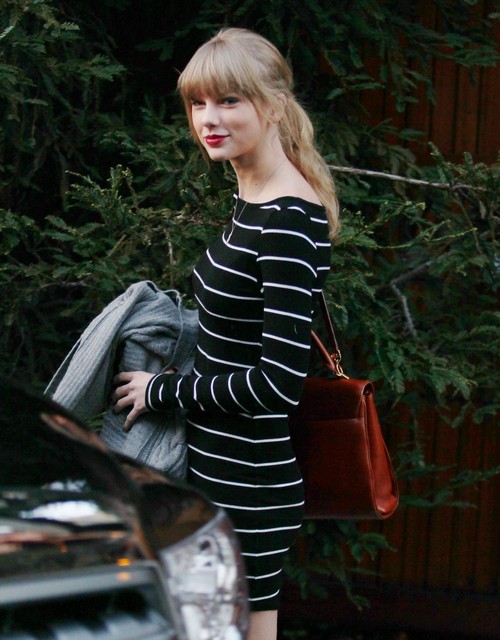 Anyone who has witnessed one of Taylor Swift’s relationships knows the girl tends to go from 0 to 100 in seconds. She doesn’t know how to pace a relationship! While dating Conor Kennedy—who is still in high school—she bought the house next to his grandma! If that isn’t obsessive, I don’t know what is! Despite the split after their summer fling, Taylor didn’t learn her lesson and applied the same techniques with her latest boyfriend Harry Styles. The couple dated very publicly for two months before splitting up just after New Year’s. So why the break up? Harry thought she was moving way too fast, and wasn’t ready to commit the way she wanted.

Harry’s friend described Taylor’s dating ritual to Life & Style, print edition January 21, 2013. “Things heated up quickly and cooled down quickly too. They had a bad time away over New Year’s. They didn’t really know each other yet—there was just too much pressure.” I’m sure that their public sleepovers in various hotels didn’t help with the relationship pressure! And while Harry’s moved on, eager to “pick up anyone in a skirt,” Taylor is miserable! “This is a little embarrassing for Taylor. She doesn’t like to be alone.” Fortunately she’ll get another platinum record out of it, while Harry just gets to add another notch in his bed post!

Taylor has admitted that “there’s [no] option for me to fall in love slowly,” and she’s proven that true time and time again! None of her relationships have lasted longer than three months, but she treats them as if they were decade long affairs in her music! Will she ever have a real relationship? Taylor is just the wrong girl at the wrong time! An insider noticed that “Taylor tends to date guys who are obvious flirts,” while Taylor herself admitted that she thinks “every girl’s dream is to find a bad boy at the right time, when he wants to not be bad anymore.” An interesting notion, for sure, but it doesn’t seem to work out well for her! Are you sick of Taylor’s romantic life and fairy tale notions, or do you think she’ll find someone?