Janet Jackson Will Marry Billionaire Boyfriend Without A Prenup, She Will Get $500M If They Divorce 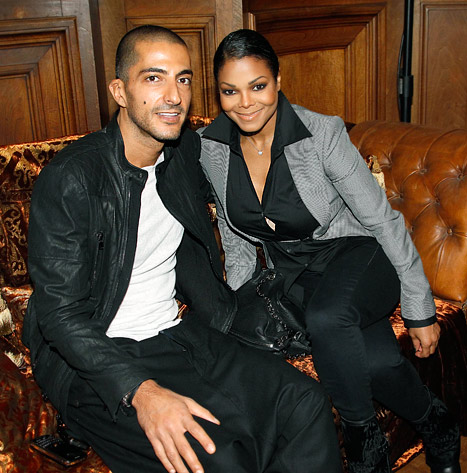 OMFG! Wissam, are you sure about this? Janet Jackson will be pleased to hear that her boyfriend of three years – also a billionaire – Wissam Al Mana wants to marry his soon-to-be wife without a prenuptial agreement, offering the singer $500 million if their marriage doesn’t work out and she files for divorce. Wowza!

The couple were supposed to get hitched on New Year’s Eve – a week after announcing their engagement – but things didn’t work out due to their lawyers not being able to come to an agreement with the prenuptial settlement. This was taking so much time that Wissam told their lawyers he will give his fiancee half a billion dollars to finalize their divorce if it ever comes to that (which it will).

According to sources, Mana completely loves and trusts Janet enough to be genuine with going through this marriage because she loves him, not for the money: “Janet will be marrying into the sort of wealth not even her brother Michael managed to amass during his lifetime of success. She’s looking forward to a fairytale life with Wissam.”

Janet’s worth is at $150million, but please realize that this does not mean she actually owns all of that money. That’s the amount she has managed to make throughout her career from endorsement deals, record deals, music and movie sales, etc. That’s why she was arguing with her late brother Michael Jackson‘s kids.. because of money – despite having a billionaire boyfriend at home.

We wish this guy good luck! He seems nice..