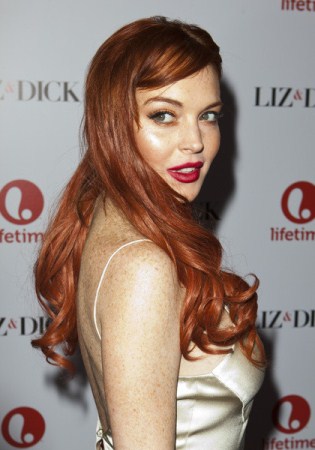 James Deen (yes, Deen), a porn-star-turned-actor, has recently opened up about his experience working with Lindsay Lohan on the set of The Canyons. A leaked audio clip tells the story of a really, really agro Lindsay telling Deen to “do your f**king job.” One would assume that such a heavy handed statement will send someone running to the hills to never return again, but not Deen.According to him, the audio clip is merely the symptom of a misunderstanding he had with Lindsay before the principal photography commenced. In the clip, one is able to hear Lohan say to Deen, “Okay, well, what are you doing, because you’re hugging me. Let’s actually do the scene, you’re like this, yeah, but you’re holding me, no, let’s act. I know it’s for fun for you, but let’s do it.”

Deen wasn’t actually doing it for fun. According to him, “Hours before the rant she asked why I was doing this movie and I said ‘For fun.’ I meant for experience and enjoyment of working on a Bret Easton Ellis movie. I don’t think she understood my intention behind saying ‘for fun’ and thought it meant that I wasn’t going to try.” Deen also says that despite the horrid trail of scandals Lohan leaves in her wake, he is still a “big fan of hers” and that he wasn’t in any way negatively influenced by Lohan’s commentary on his craft.

A recent New York Times expose on the actress revealed that she’s an extremely unprofessional actress that strikes fear into the hearts of mere mortals. Her scandals, drunken antics, emotional instability, and weekly fame whoring has forced the film industry to move as far away from the actress as possible.

What do you think of Lindsay Lohan? Do you think she’s really such a horrible person? Let us know your thoughts in the comments below.