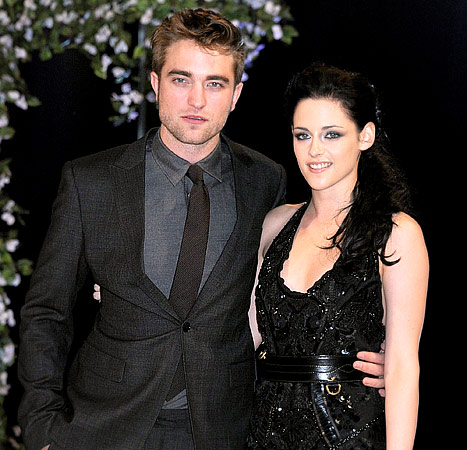 Robert Pattinson can’t get over the fact that Kristen Stewart cheated on him with Rupert Sanders despite giving the actress another chance just weeks before the premiere of Breaking Dawn part 2 in November. Their relationship was on the rocks for months, then it seemed to be getting better, but it actually wasn’t a sources say these two have been fighting for months.

Robert can’t forgive his Twilight co-star for cheating on him — he has said in previous interviews that he could never understand why someone would cheat on their partner if they are so in love with them, and he does make a good point. He might have tried to forgive Kristen, but it’s not working; he’s now ignoring her whenever she communicates with him and refuses to answer her phone calls.

A source tells Life&Style magazine that their relationship is likely to crumble and come to an end this year seeing by the way it has been going: “Things with them aren’t good. They’ve been fighting a lot. Rob isn’t happy. It’s just a matter of time before he ends this. Rob is at a point where he sometimes ignores her.”

They continued: “He’ll go out and won’t respond to her calls or texts right away. Things will be strained for a while. She knows she has to go along with it. She is working hard at the relationship.”

Do you think K-Stew and R-Patz’s relationship can be saved?