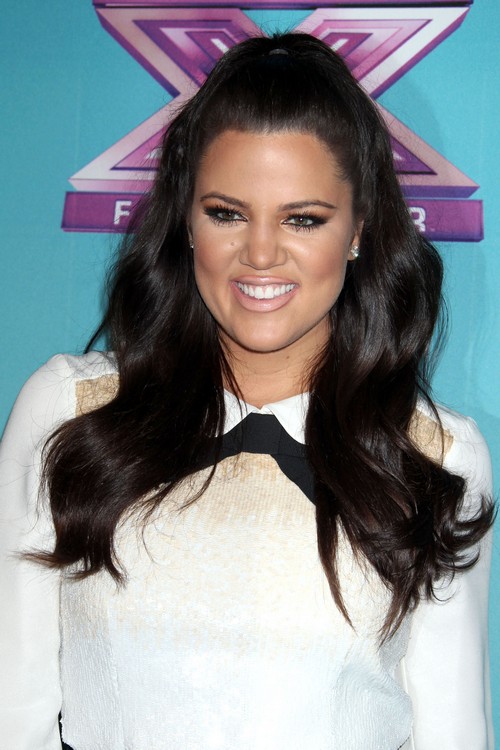 I have to feel bad for Khloe Kardashian.  It has to really sting to watch two of your sisters remain in totally dysfunctional relationships and then compound the situation by bringing babies into the crazy. Kourtney Kardashian, for reasons that no one really understands, chooses to stay with douche lord, Scott Disick, in spite of living pretty much like a single mother.  That was tough enough for the pretty happily married Khloe to wrap her head around.

Now, after three years of infertility and doctors visits that included hand holding by her sister, Kim Kardashian, she gets the news that Kimmie is herself expecting a baby. That would be great if her sister was in a somewhat normal situation. Instead she is married to one guy and pregnant by another. The situation came as a devastating blow to Khloe who desperately wants to spend her days changing diapers and chasing after a baby with her husband looking on.

Kim told the entire family her bittersweet pregnancy news over Christmas and Khloe responded by downing an awful lot of booze. Her husband, Lamar Odom,  was spotted by her random roses the next day, proving that even he realized his wife was going to need some serious cheering up.

Will Khloe continue to drink and smoosh the pain or is she going to deal with it head on? It has to be nearly unbearable to support her sisters situations. Do you think eventually all of the hurt will cause her to distance herself from Kourtney and Kim?  Can she handle the emotional task of being a supportive sister when that means seeing her sisters have exactly what she can’t seem to get herself? Tell us your thoughts in the comments below!