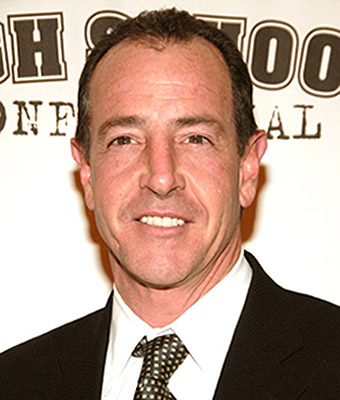 The embattled Michael Lohan is finally paying child support. Late last year, it publically came to light that Lindsay Lohan’s deadbeat dad had a love child with Kristi Horn 17 years ago. Court documents have revealed that Lohan is more than $300 000 behind on child support, but according to a latest TMZ report, Horn and Lohan “came to a private settlement out of court regarding the outstanding child support balance and Michael has promised to pay up ASAP.”

We’re glad to hear that.

Court documents were recently filed in Florida which, in effect, enforces a child support judgment filed by Kristi in 2009. This orders Michael to pay $316 720 for the 17-year-old Ashley Horn and to pay it as quickly as possible. According to the report, “Kristi says she had no part in filing the documents – they were filed as a matter of course because the order is still active – but tells [TMZ] she’s waiting to have the order vacated after [Michael’s] fiancée Kate Major gives birth later this month.” Kristi also revealed that she and Michael are on great, amicable terms and there are no hard feelings between them.

We’re happy to see that this entire situation was dealt with maturity on both sides. It could have gone very sour, very quickly, but both Michael and Kristi were mature enough to sort out the situation for everyone involved. What do you think, though? Do you think Michael Lohan is a deadbeat dad? Do you think this situation is waiting to explode? Let us know your thoughts in the comments below.

Days Of Our Lives Spoilers: Gabi And Up The Ante, They Make A Pitch To Victor…

The Young And The Restless Spoilers: Jack And Phyllis Decide To Give Their Love…