Golden Globes 2013: And The Winners Are… 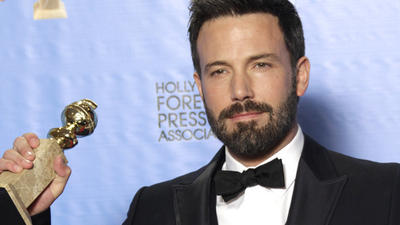 Sunday’s Golden Globes were far from boring, thanks to Amy Poehler and Tina Fey who shared several of their scripted jokes in a hilarious opening to the awards show. As we had already guessed, Les Miserables‘ Hugh Jackman and Anne Hathaway would be going home with a Golden Globe, but Ben Affleck was one of the men who were were kinda surprised about.

No wait – we loved watching Argo but the category of ‘Best Director’ was going to be a tough one to win. In the end, Ben managed to scoop up the award for his directorial partake in the hit movie which had been subbed by the Academy Awards for the same category. That’s one of the main reasons why we had our doubts.

Overall, the people who deserved to win something ended up getting an award; Hugh Jackman and Adele are among of the two! For the full list of last night’s winners, see below!