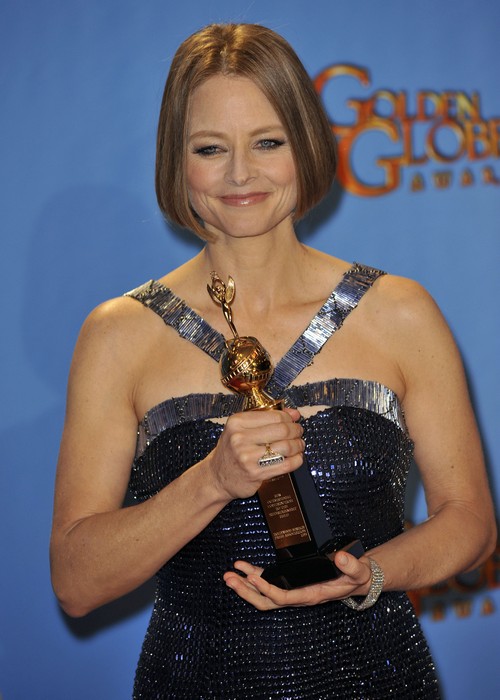 Jodie Foster won the Cecil B. DeMille Award last night [01/14/13] at the Golden Globe awards.  During her acceptance speech Jodie more or less confirmed what everyone has know for years and came out of the closet.

She said, “Accepting the award she said: “So while I’m here being all confessional, I just have a sudden urge to say something that I’ve never really been able to air in public. A declaration that I’m a little nervous about, but maybe not quite as nervous as my publicist right now, huh, Jennifer? But I’m just gonna put it out there, loud and proud, right?”

She went on to say how everyone basically knew and then she said, “But now, apparently, I’m told that every celebrity is expected to honor the details of their private life with a press conference, a fragrance, and a prime-time reality show.”

What was even more interesting, after thanking her family and friends, Jodie looked at Mel Gibson who was sitting in the audience and  thanked Mel saying: “Mel Gibson, you know you saved me too.”

Wonder what that was about?  What do you think Jodie was thanking Mel for?  Do you agree that Jodie Foster came out?  Hit the comments and let us know your thoughts – check out the speak from last night’s Golden Globes below!