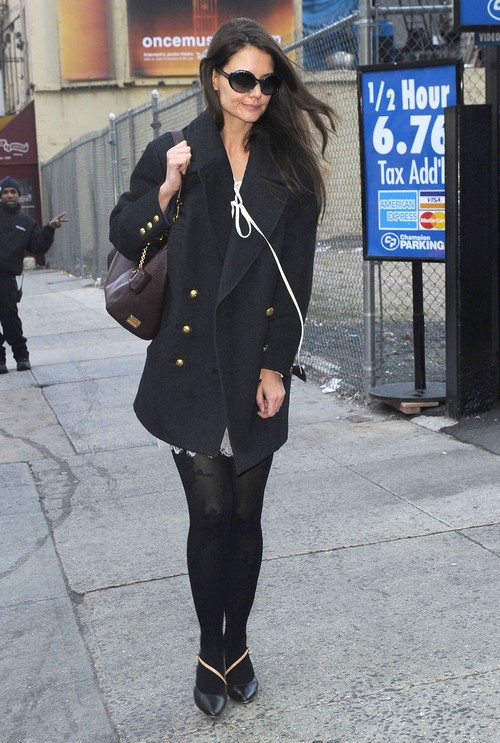 So what do you do when your movie and Broadway career tank?  Katie Holmes would know!  Katie’s movie career tanked, her go on Broadway was a disaster, so Katie has decided to head back to television.

Perhaps Katie is starting to realize that the only reason she got the movie roles and the Broadway gig is because she was Mrs. Tom Cruise.  Now that she is Ms. Katie Holmes, no one cares and everyone notices her total lack of talent.

I had the misfortune of seeing Katie on Broadway and saying she was bad in her role is being kind.  She overacted, over screamed and made weird faces.  I would have done a better job 🙂

The National Enquirer is reporting that Katie: “Bloodied but unbowed, the ex-“Dawson’s Creek” star’s now plotting a major TV comeback in a dramatic series!  Katie told reps she wants her own series…but only if it’s based in NYC.”

Another disaster in the wings!  Katie does not have the talent to pull off her own series.  What do you think?  Do you think Katie is a good actress?  Hit the comments and let us know your thoughts!