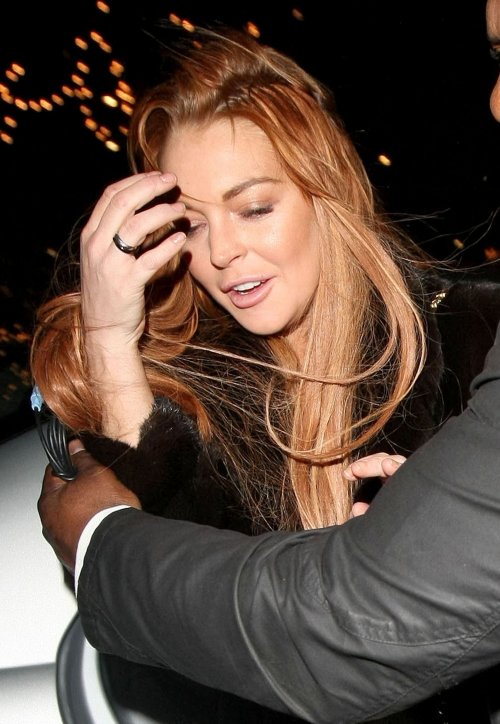 I don’t know what Lindsay Lohan‘s thinking process looks like, but it must be the most garbled and primitive thing! As you know, she’s once again in gigantic legal trouble–this time, she’s violated probation and lied to police. We expect her judge to give absolutely no mercy, but new insiders report to TMZ that she actually was offered a plea bargain!

Lindsay could avoid jail time by signing on for 6-months of jail lockdown (think: the exact opposite of LeAnn Rimes rehab!). Talk about lucky! Lindsay sent her lawyer Shawn Holley to work out the details, but then fired her! So now she has no plea deal, a new sketchy lawyer whose license was suspending in the 1990s for five years, and bad hair color! Lindsay is reportedly desperate to get Holley back, but she can’t possibly agree–can she?

This woman must be crazy to work for Lindsay–sure, you have job security (that is, Lindsay will always be in legal trouble, but she may not pay you, she doesn’t like bills!), but you also have the enormous stress of being in close proximity with someone as sporadic as Lindsay!

Lindsay has a court date this morning, and we don’t know if the prosecutors will present her with a plea bargain, or proceed without it! She had better be saying her prayers that she doesn’t end up in lockdown–or worse, a longer term of mandatory rehab! Could this be the time Lindsay learns her lesson?