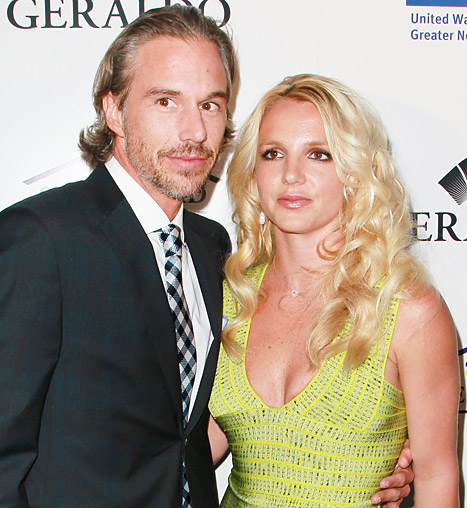 Britney Spears‘ relationship to Jason Trawick had ended back in December, according to new reports. The former X Factor judge had stopped being affectionate to her fiance for weeks before deciding she would no longer wear her wedding ring out in public. Spears, who announced her split from Jason on Friday, did keep her relationship status quiet for the sake of her kids who love spending time with Trawick.

It is kind of sad when you consider the fact that Jason has been with Britney for quite some time, clearly her kids must have started to see him as a father figure – hearing that he will no longer be staying in their house must have been upsetting for them. Nevertheless, Brit hopes to stay close to Jason by being “best friends”.. but nothing more than.

“Jason was around for parts of the holiday, but it was very obvious that they were not really together anymore,” a source said. “They were not affectionate and instead just seemed to keep things going for the boys’ sake.”

According to sources close to the two, Britney wanted to rush into – what would have been – her third marriage because in her mind, she had already planned to have more kids after they tied the knot. Jason didn’t feel the same way that Spears was feeling, in fact, he didn’t even want to have kids, which came as a huge blow to the 31-year old.

“But there were things that needed to improve before they got to that place,” the source said. “They love each other, but like any relationship, there were some major challenges and hurdles and constant work that needed to be done. At the end of the day, it just wasn’t working, and things weren’t going to change, so it was time to let go.”

Britney Spears Says Her First Priority In Life Is Her Children