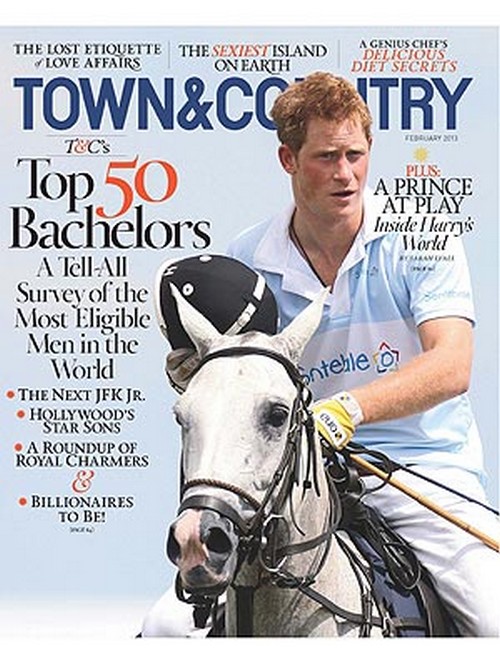 Town & Country magazine has named Prince Harry the most eligible bachelor.   Prince Harry, the Royal badboy  of the Royal family beat out many other famous faces.

The magazine claims that despite Harry being involved in several scandals, it all adds to his charm and that is what makes him their most eligible bachelor.

“He’s the wild-card royal, the naughty one, the one who goes out with rah women, hangs out with a fast crowd, downs too many drinks, and goes home at the wrong moment. That’s why we all like him best,” Town & Country says. “Harry might not possess a towering intellect – he was a lackadaisical student at Eton, and he skipped university to go to Sandhurst, the English equivalent of West Point – but he is cooler and more appealing than his older brother, sweet as William undoubtedly is.”

Harry won the award over such celebs as George Clooney and Conor Kennedy.  What do you think Hiccupers?  Is Harry your choice for “most eligible bachelor?”  Hit the comments and let us know your thoughts!