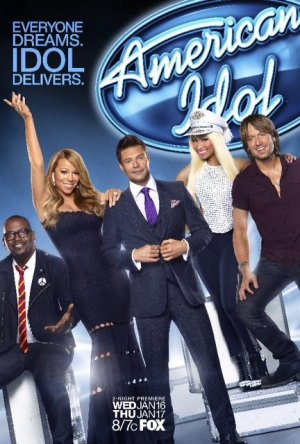 After American Idol premiered last night, disgruntled fans of the show took the internet to voice their concerns about the revamped format, quirky judging panel, and alleged judging feuds. We were all hoping that this was going to be the season to remember, the season to bring tears to our eyes, the season to trump all seasons, but unfortunately, as predicted, the 12th season of American Idol will, in all probability, be the swan song of our most loved show.

According to latest reports, American Idol’s premiere episode didn’t do as well as expected. The 11th season of the show had the worst ratings – and the least watched finale – in the history of the series, but it looks like the 12th season is about to go down in history as an utter and complete failure. According to Variety magazine, Idol’s 12th season was down by 18% in viewership figures – making this the lowest rated premiere in American Idol’s history. The 12th season premiere only had 17.8 million viewers. The 10th season’s premiere – a record low during that point in the series – had 21.9 million viewers. That’s a combined total loss of 4.1 million viewers across the board and across all demographics.

Although Nicki Minaj called Mariah Carey a bitch during the first episode, this made absolutely no change to the ratings. The viewers at home expressed their disgust at the show’s premiere episode and called it “a contrived, hot mess”. We tend to agree. The premiere episode was pretentious, OTT, and tried just too damn hard.

Did you watch the premiere, Hollywood Hiccup readers? Did you like what you saw? If not, what didn’t you like? How do you feel about the judges? Are you excited about the season ahead? Let us know your thoughts in the comments below. We’d love to hear from you!