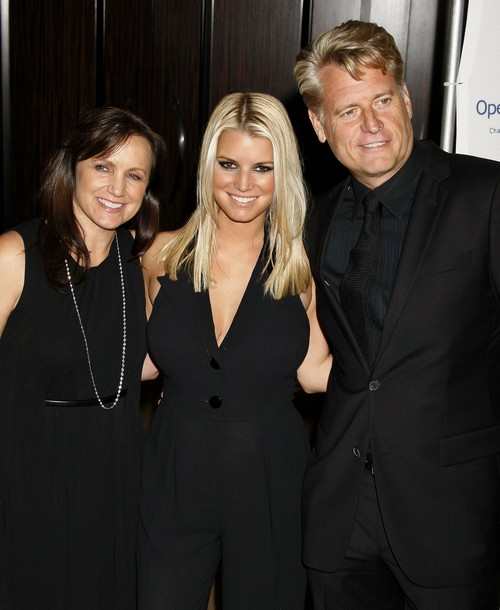 Don’t let the fact that Joe Simpson is the executive producer for Jessica’s new show fool you.  Jessica Simpson is still not speaking to her father, Joe.  As a matter of fact she has totally disowned him and wants nothing to do with him.  Jessica blames Joe for breaking up her family and cheating on her Mother, Tina and she is not going to forget that anytime soon.  A source revealed, “Don’t be fooled that because Joe is executive producer for Jessica’s new show she has now forgiven him for cheating on Tina.”

Really the whole thing is pretty silly if you ask me.  She is not speaking to him at all and the two are at war, but he is still her Manager.  Wonder how that is working out.

He will not be allowed on the set when she is filming her new sitcom, “He won’t be on set when she is. Jessica will film scenes and Joe will have to review it later on a recording and discuss the show with other producers.”

National Enquirer is reporting, that the only reason Joe is still around and involved in her new show, is because he is her manager and she is under contact with him.

Call me crazy, but Jessica is reportedly worth about 1 billion dollars, so if she really was so upset at her father, couldn’t she afford to break her contract and pay him off?  Just saying…..