Carrie Underwood Disses Taylor Swift, Brags About Being The Most Successful Country Artist In The Charts 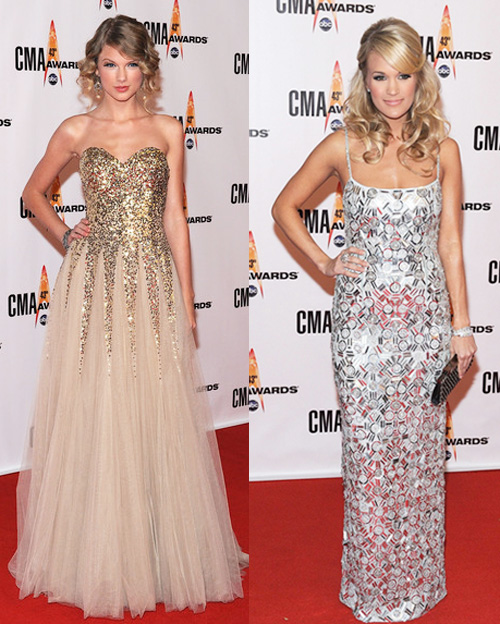 Ugh – someone shut this woman’s mouth. Carrie Underwood has revealed that she is not friends, nor even close with country artist Taylor Swift which is pretty odd, considering that they make the same kinda music. You would have thought that maybe they would give each other some tips or advice about the music industry, but Carrie explained that she doesn’t do non of that with TayTay blaming her busy schedules as the reason.

Carrie, who briefly met Swift at the 2012 Country Music Awards, tells Allure magazine that it’s hard for either of them to ever find time and talk to each other. “I’m not close to her. We run into each other at events. We’re never in the same place at the same time.”

Or maybe Taylor is just avoiding Carrie? Ha! Maybe she’s afraid that if they were to sit down and have a chat, Underwood would start asking all these relationship questions that Taylor rather writes about than dishing the dirt with someone she doesn’t know too well. The American Idol winner surprises us when she started bragging about being the most successful artist on the country charts this past year.

She added: “It’s like there’s a hundred spots for men to be able to take, but when it comes to women – and I don’t mean to say this in a bragging way at all – but unfortunately I’m the only female this year who spent three weeks at number one on the country charts. Three weeks.“