Scott Disick Used To Be A Bad Model In His Past 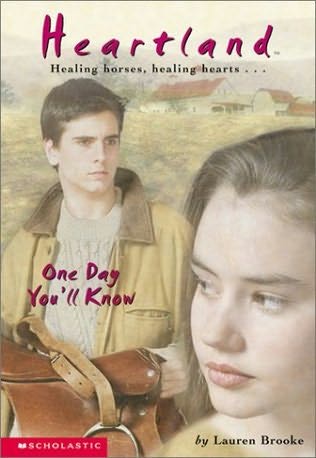 Scott Disick is one of the most polarizing reality TV figures in all of TV land. He is a difficult dude, but loves Kourtney Kardashian like he loves his own face in the mirror. They have two kids together and actually do make a great couple. Disick’s past is not filled with random sex videos and one night stands. Instead, the reality television star used to be a model – for books.

According to In Touch magazine, two photos of the reality TV darling were found on the covers of the 2001 Heartland book series. Now, featuring on a novel isn’t necessarily a bad thing, but trust us, these images of Disick look like he fell from the cheesy tree and hit every cheesy branch on the way down. The novels’ taglines read, “Heartland – Healing Horses, Healing Hearts”.

According to sources, Disick was around 17/18 at the time of the publication and made a decent penny from appearing as the love struck boy with the soft focus eyes and corny smile and horse adoration. We wonder what Kourtney had to say when she found out that her man appeared on the cheesiest novel cover in human history. Seriously – not even Moon People’s cheesiness comes close to it! (If you don’t know what Moon People is, Google it and find out – your life will never be the same again!)

We don’t ever agree with book burning, but in this case we think Disick should start a fire in their back garden and burn these books until there are only tears and ashes left in the ruins…

What do you think Hollywood Hiccup reader? How bad do you think is it? Let us know your valuable thoughts and comments below! We’d love to hear from you and don’t worry about stepping on Disick’s toes – he won’t mind.